As incredible as it may appear, it is in Texas, in Harlingen precisely, that a Potez 63-11 will soon take to the air thanks to a man, a Frenchman established there for several dozen years, Jean-Marie Garric, already known for his modifications of Yak-11 into Yak-3.

Jean-Marie Garric is an exceptional man, an outstanding mechanic able to maintain and restore warbirds, but also to manufacture them. These faculties call for unimaginable technical knowledge, a know-how that very few people possess, and an extraordinary
determination to achieve the goals that he gives himself, abilities that only the greatest can have. However, when one discusses with him,his great humility minimizes his achievements so much so that one has the impression that everything is easy, and that he can produce Yak and Potez airplanes like a magician can get rabbits and doves out of a
top hat ! 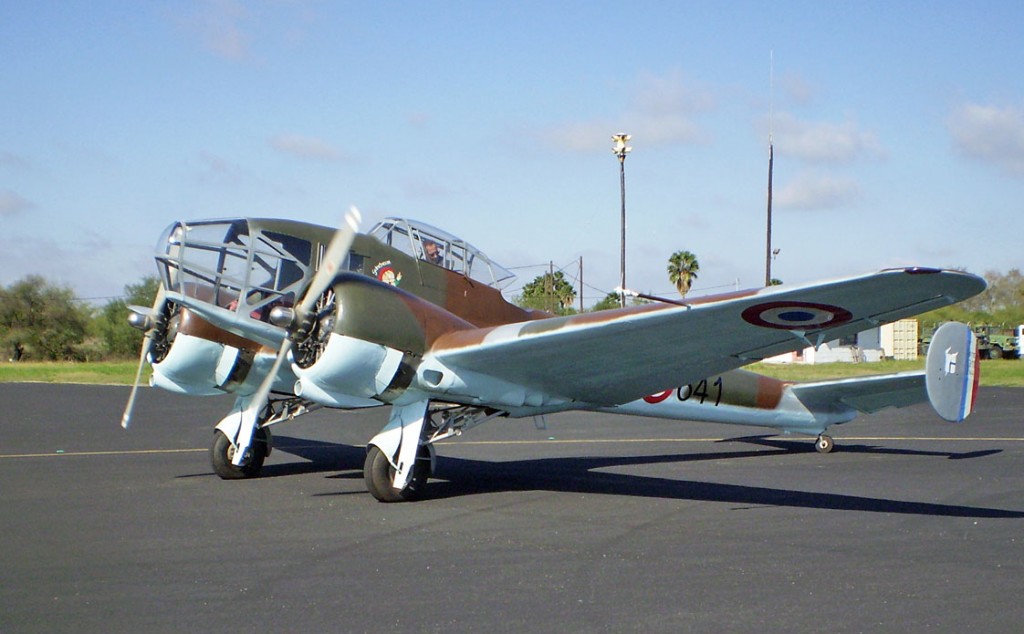 Don’t be fooled ! The construction of this Potez 63-11 is the result of numerous years of reflection, long and thorough research, and very hard work. It is a love story, a passion for this airplane which began when Jean-Marie Garric was 15 years old. It is then that this kid’s dream took shape and developed gradually until the moment when he made the
decision to manufacture this Potez 63-11, exactly like the original. 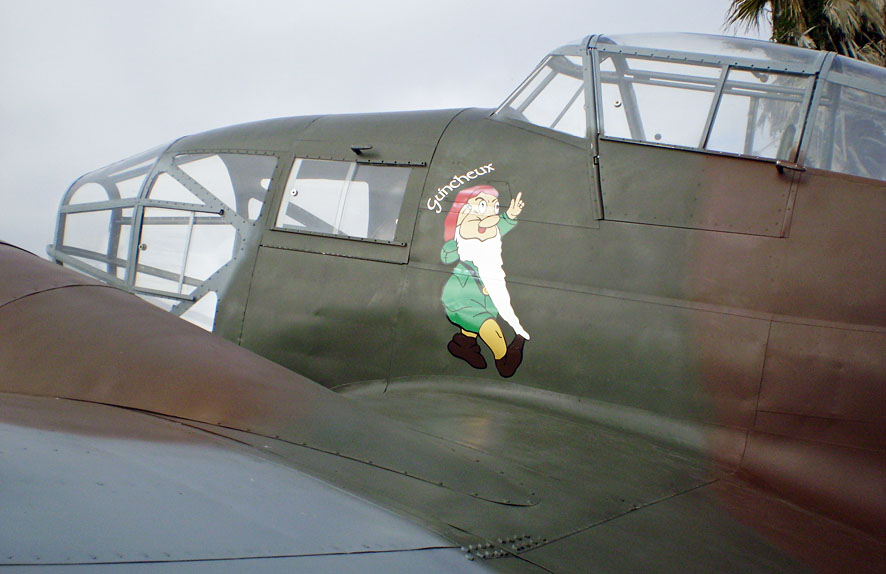 The first step – and it wasn’t the easiest – was to find the original blueprints of the aircraft. Jean-Marie Garric naturally contacted the Musée de l’Air in Le Bourget which, by chance, had half of them. He ordered a copy and started to look for the other half by contacting
Louis Coroller’s (the chief engineer at Potez) nephew, Jean-Louis Coroller, co-author of the excellent book “Les Avions Potez”, who unfortunately died on January 25, 2012, at the age of 81. 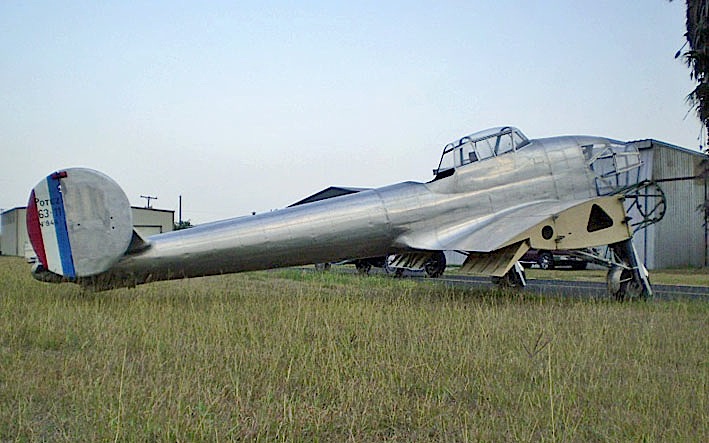 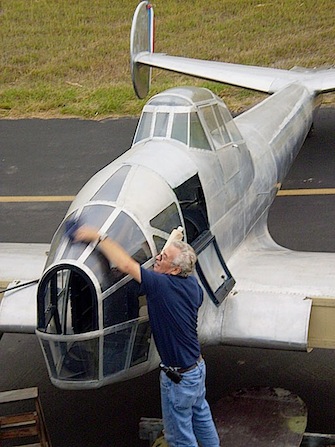 Contrary to what one may think, the plane has been constructed perfectly faithfully to the Potez 63-11 blueprints and follows them perfectly. The only elements which are not like the original are the Pratt & Whitney R985 engines borrowed from a Beechcraft D-18 purchased for that very purpose, and some accessories for the electrical and hydraulic systems. For the rest of the plane, it is perfectly in line with the Potez production line,
which allowed Jean-Marie Garric to temporarily give it the serial number 844. 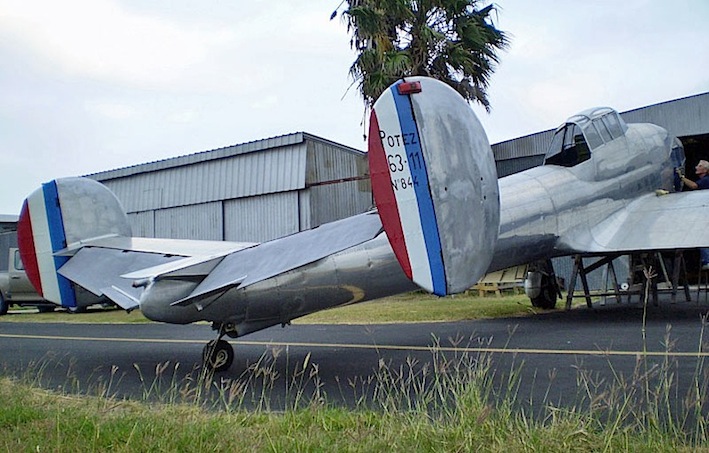 The reader might have noticed that these engines are less powerful than the original Gnôme & Rhône engines by about 150 HP, but the lighter construction of Jean-Marie Garric’s Potez 63-11 without the armour plates and other accessories that are
not required will allow the plane’s performance to be at least as good as the original. 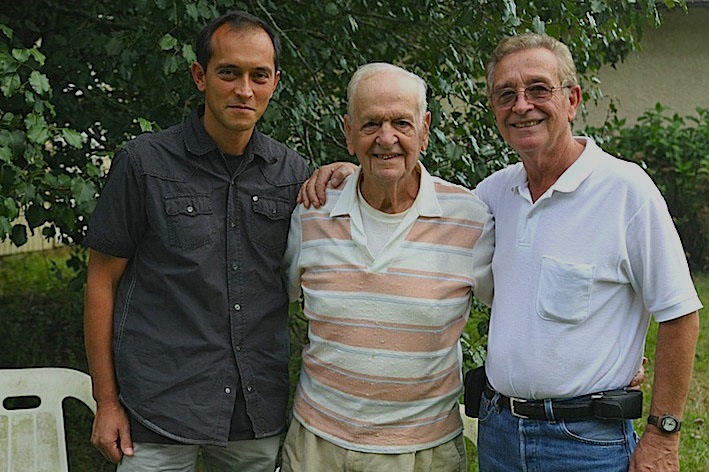 At the time of the publication of this post, the first engine runs and taxi tests have been accomplished, and Jean-Marie Garric is only waiting for the FAA’s visit in order to get the Certificate of Airworthiness and do the first flight.

The fact that the engines drive twin bade propellers is not too surprising, especially if one considers that, as said above, the first airplanes delivered were fitted with temporary wooden fixed pitch twin blade propellers in replacement of the metallic Ratier three blade, variable pitch, propellers.

The choice of aircraft number 641 of GAO 515, which outlived the Battle of France, has no particular significance, except that it has a nose art on each side of the forward fuselage
of the dwarf “Grumpy” to make it somehow special. The plane’s crew (Above) was Lt Laneyrie, Sergeant Vaillat, and S/Lt Lahaye.

And, as Jean-Marie Garric told us with a great sense of humor, “The choice of the dwarf “Grumpy” is, it appears, representative of my own character…” 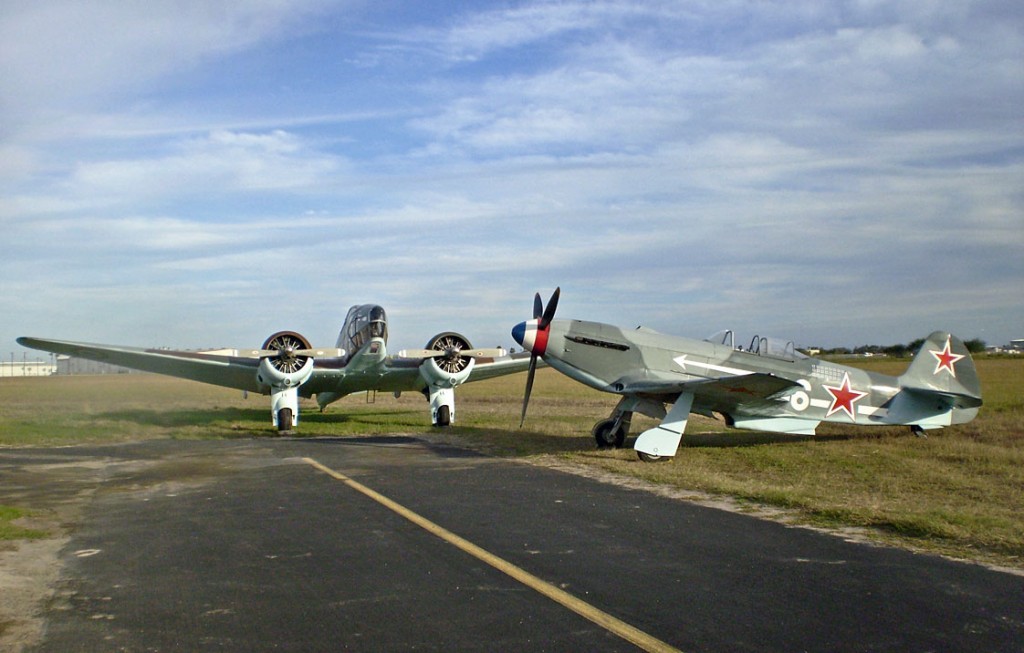 An article introducing Jean-Marie Garric would not be complete without mentioning the Yak, of which he produced several airplanes, like the one he owns, painted as the plane flown by Marcel Albert which can be seen on the beautiful picture (above) of the couple Potez/Yak. On the lower photo, the hero of the Normandie-Niemen Marcel Albert, an ace with 23 victories, can be seen in company of Jean-Marie Garric (right), and
Laurent Lecomte (left). What Jean-Marie Garric did for Marcel Albert at the end of his life is exceptional. A story we may tell you one day… 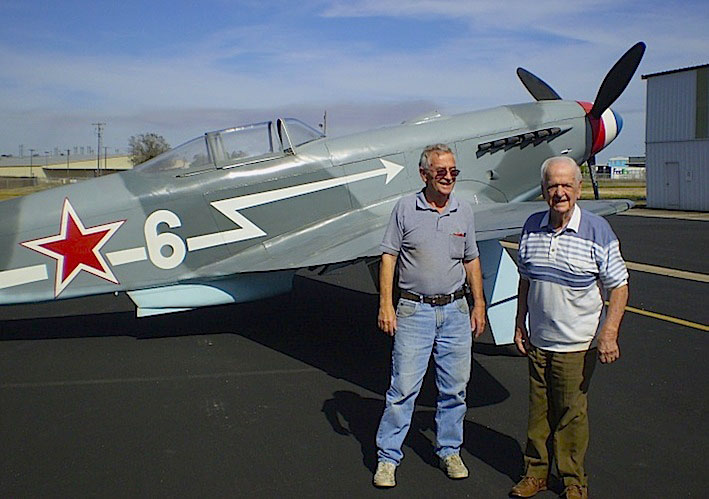 We wish to thank Jean-Marie Garric for the very warm welcome he gave us and for the photos he sent us. We also warmly thank Laurent Lecomte who allowed us to publish his pictures. 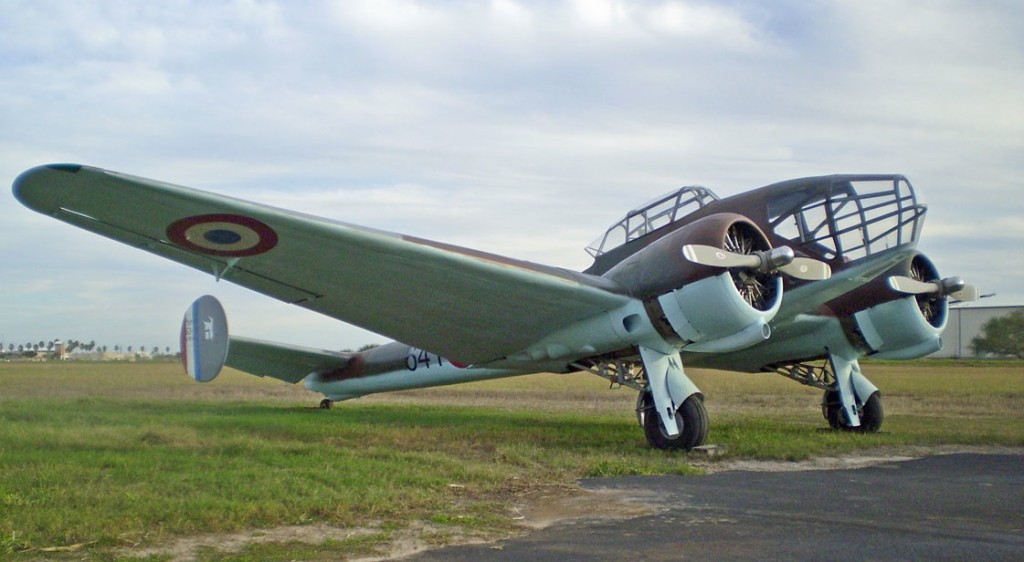