Of only five DH.88 racers built by de Havilland, “Grosvenor House” was probably the most remarkable and gained fame by winning many races and establishing records, including the 1934 McRobertson Air Race, when it flew from the UK to Australia in 70 hours and 55 minutes.

More details and pictures can be read from Global Aviation Ressource 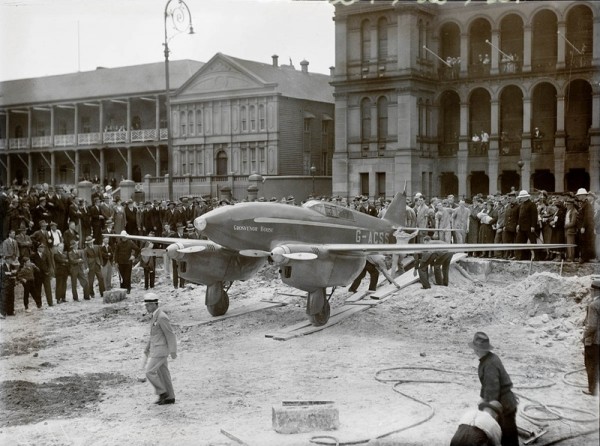 Permanent link to this article: https://www.worldwarbirdnews.com/2014/08/04/shuttleworth-collections-dh-88-comet-grosvenor-house-flies-again/