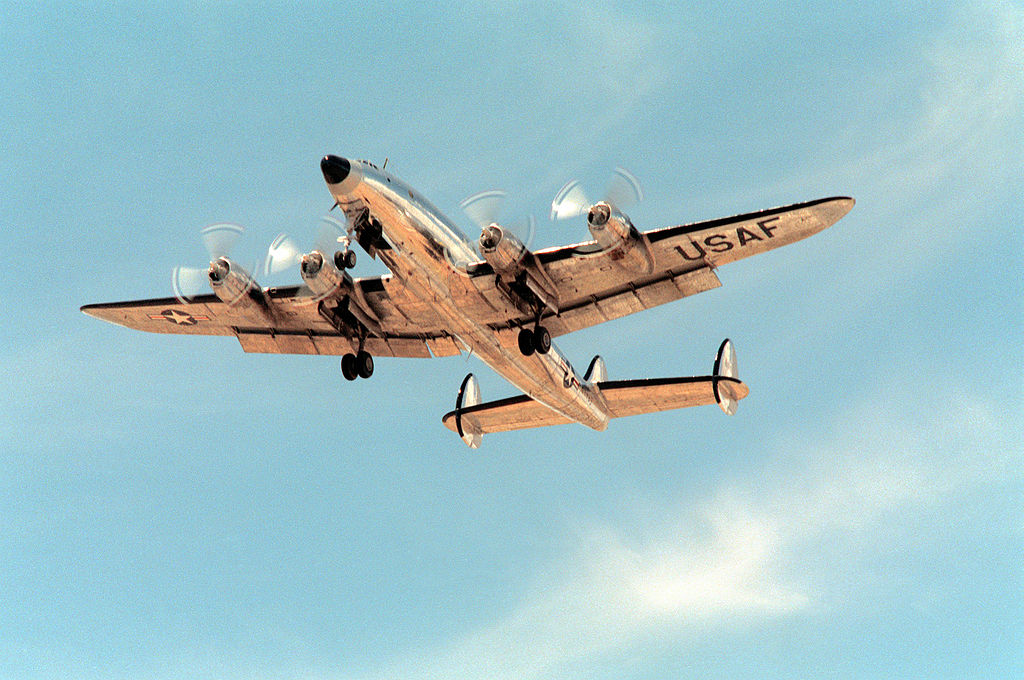 The former U.S. Air Force Lockheed VC-121A Constellation (s/n 48-610) flies over Davis-Monthan Air Force Base, Arizona (USA), as it departs on its way to a private company for further restoration work on 24 October 1990. The aircraft had already undergone restoration at the Aerospace Maintenance and Regeneration Center at Davis-Monthan AFB after being kept in storage for over 20 years. 48-610 served as Dwight D. Eisenhower’s presidential aircraft “Colombine II” from January 1953 to November 1954 until replaced by the “Colombine III” VC-121E. Since 1989 it is privately owned (civil registration N9463). (Photo TSgt. Ron Woods, USAF)

The Lockheed C-121 Constellation known as Columbine II, which flew President Dwight Eisenhower and had been stored at Manara Air Park in Arizona since its last flight in 2003, will shortly examined by Dynamics Aviation to evaluate whether it can be restored to airworthiness.

Several parts are missing and will need to be found and installed if Dynamics Aviation is to restore the aircraft. If Columbine II can be restored, it will be presented at airshows and the public will be able to visit the aircraft while it is on the ground. Flight rides will probably not be available as the aircraft will remain in the Experimental/Exhibition category.