Latécoère 28 to be built in France 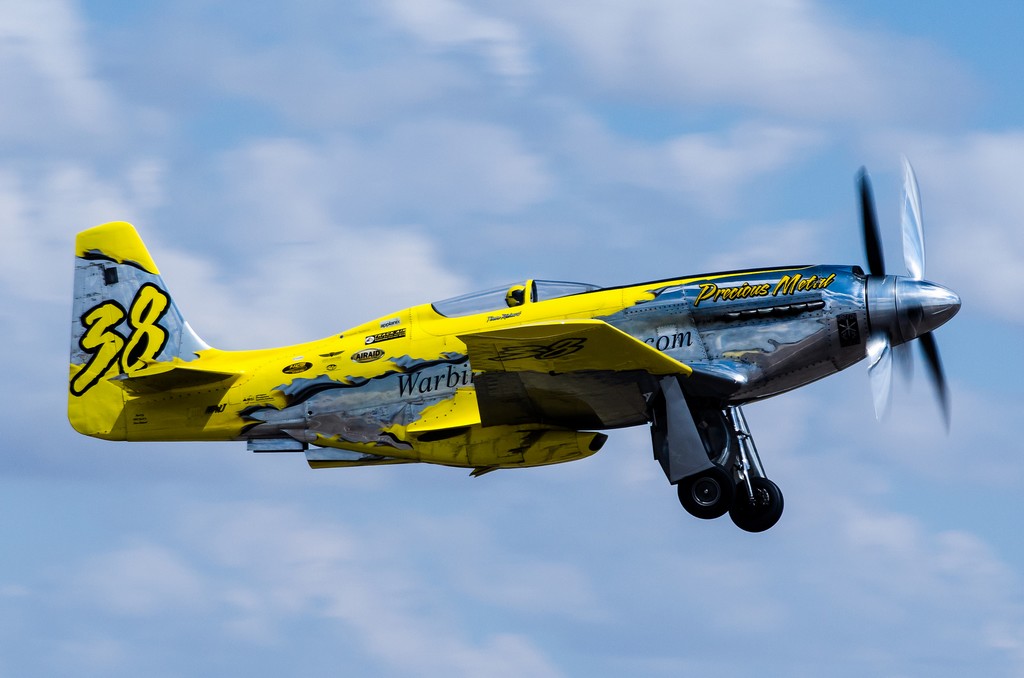 The P-51 Mustang racer “Precious Metal”, heavily modified for racing, was seriously damaged by fire after refuelling on 8 September.

Pilot Thom Richard was able to leave the aircraft unharmed, but the Mustang was badly damaged before fire units could respond.

Following this accident, the numerous messages of support received by the Precious Metal team have convinced them to rebuild the aircraft and donations are being sought after to help rebuild the aircraft. One proposal is to offer to buy one square inch of the aircraft for $50, on which the donator’s photo will then be printed and flown around the track once the aircraft is rebuilt. Donators can purchase as many square inches as they want, and will get a bigger photo of them if they buy several.

More information about how you can help the team can be found on their Facebook page: Precious Metal Air Racing Fan Page.

Permanent link to this article: https://www.worldwarbirdnews.com/2015/09/11/p-51-mustang-racer-precious-metal-heavily-damaged-by-fire/