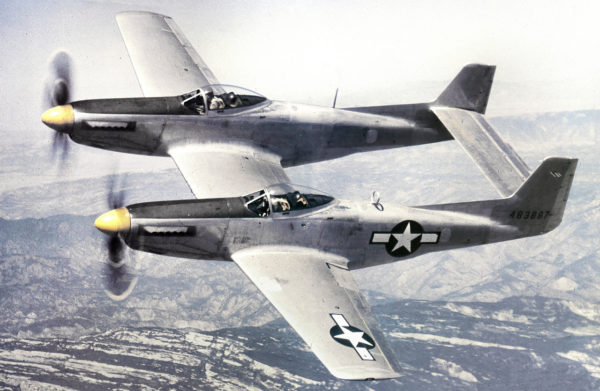 Tom Reilly’s North American XP-82 Twin Mustang prototype made an unexpected first flight on 31 December 2018 during a high-speed taxi test. Ray Fowler, who was at the controls, flew the aircraft after picking up too much speed to stop safely within the remaining runway length, and flew for about five minutes before bringing back the Twin Mustang to a safe landing.

The aircraft, serial number 44-83887 and FAA registry N887XP, was acquired by Tom Reilly of Douglas, Georgia, in 2008 and has been undergoing restoration to airworthy condition since. The aircraft had not flown since 14 December 1949 according to the XP-82 Twin Mustang Prototype Project’s Facebook page.

Find out more about the project from their website: XP-82 Twin Mustang Restoration Project.

Permanent link to this article: https://www.worldwarbirdnews.com/2019/01/02/unexpected-first-flight-for-xp-82-twin-mustang-prototype/