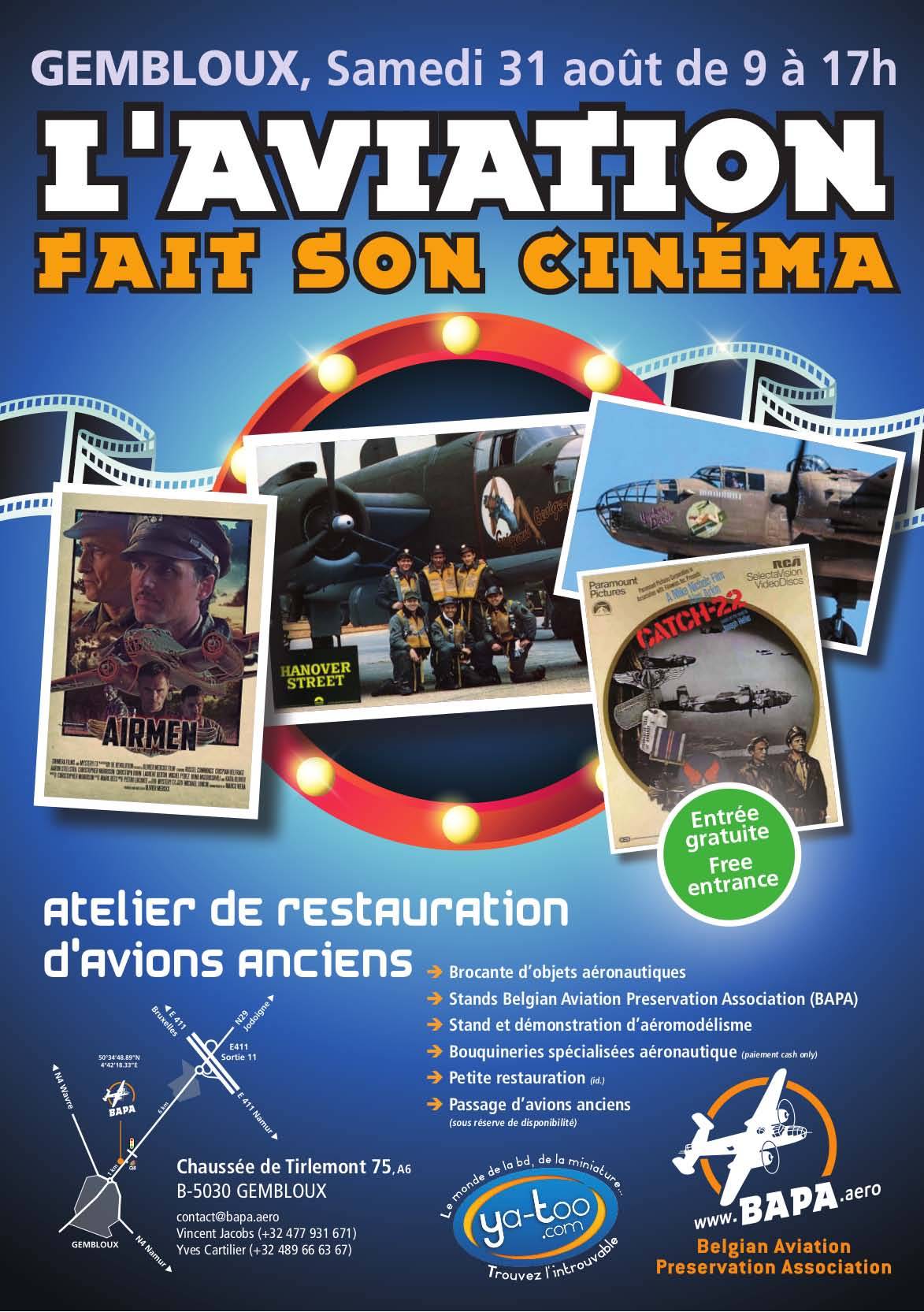 BAPA will be holding its open house on Saturday, August 31 to celebrate the fifth participation in a shooting of its B25J Mitchell with its almost fully equipped interior and its superb current Pinup “Yankee Doodle” from the mini-series “Catch-22”.

The whole event will revolve around him with the evocation of the shoots in which he participated.

The association’s volunteers will welcome you to visit the restoration workshop and admire our collection of restored aircraft, in progress or awaiting restoration, and will present various activities.

Several military vehicles and extras in period clothing will be present throughout the day.

Depending on the weather, the workshop will be flown over several times by several old aircraft.

Permanent link to this article: https://www.worldwarbirdnews.com/2019/08/27/open-hangar-day-for-the-belgian-aviation-preservation-association-on-saturday-the-31st-of-august/