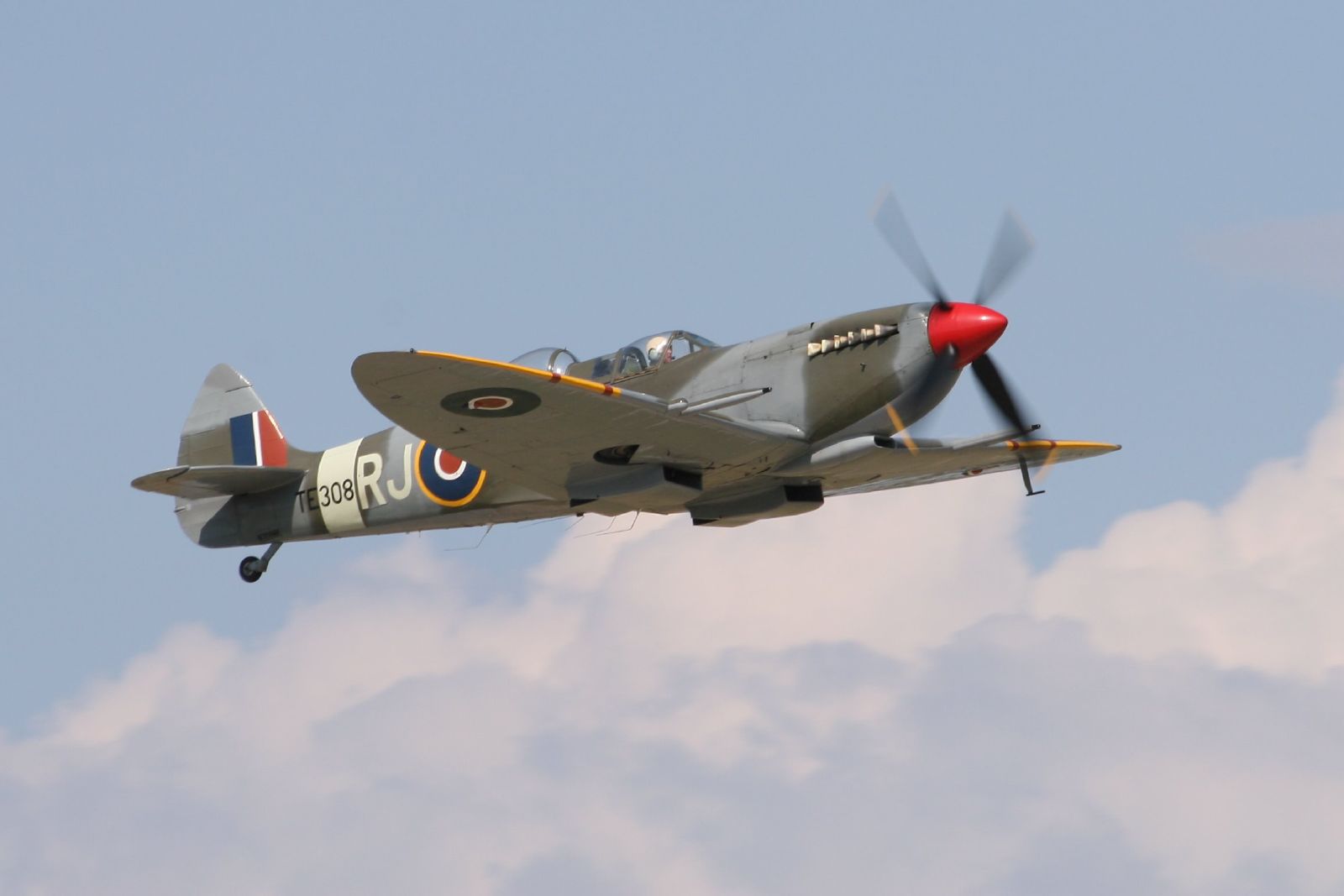 Flyaspitfire.com has announced on its Facebook page that it has received approval to start passenger flights with their new twin-seat Spitfire, Spitfire TE308,  which has received a new paint scheme in honor of No 457 Squadron “Grey Nurse” of the Royal Australian Air Force.

TE308 was built as a Spitfire Mk IX and did not see active service in World War II. It was converted to the T.9 twin-seat standard by Vickers-Armstrong Ltd and served with the Irish Air Corps from 1951 to 1968.  It was used for the shooting of the movie “The Battle of Britain” and was later flown in Canada and the USA. It was damaged in a ground collision in 2008 in Texas and was extensively repaired since.

More information on TE308 can be found on Flyaspitfire.com.

Permanent link to this article: https://www.worldwarbirdnews.com/2020/08/16/spitfire-t-9-te308-flies-again-with-new-colours/