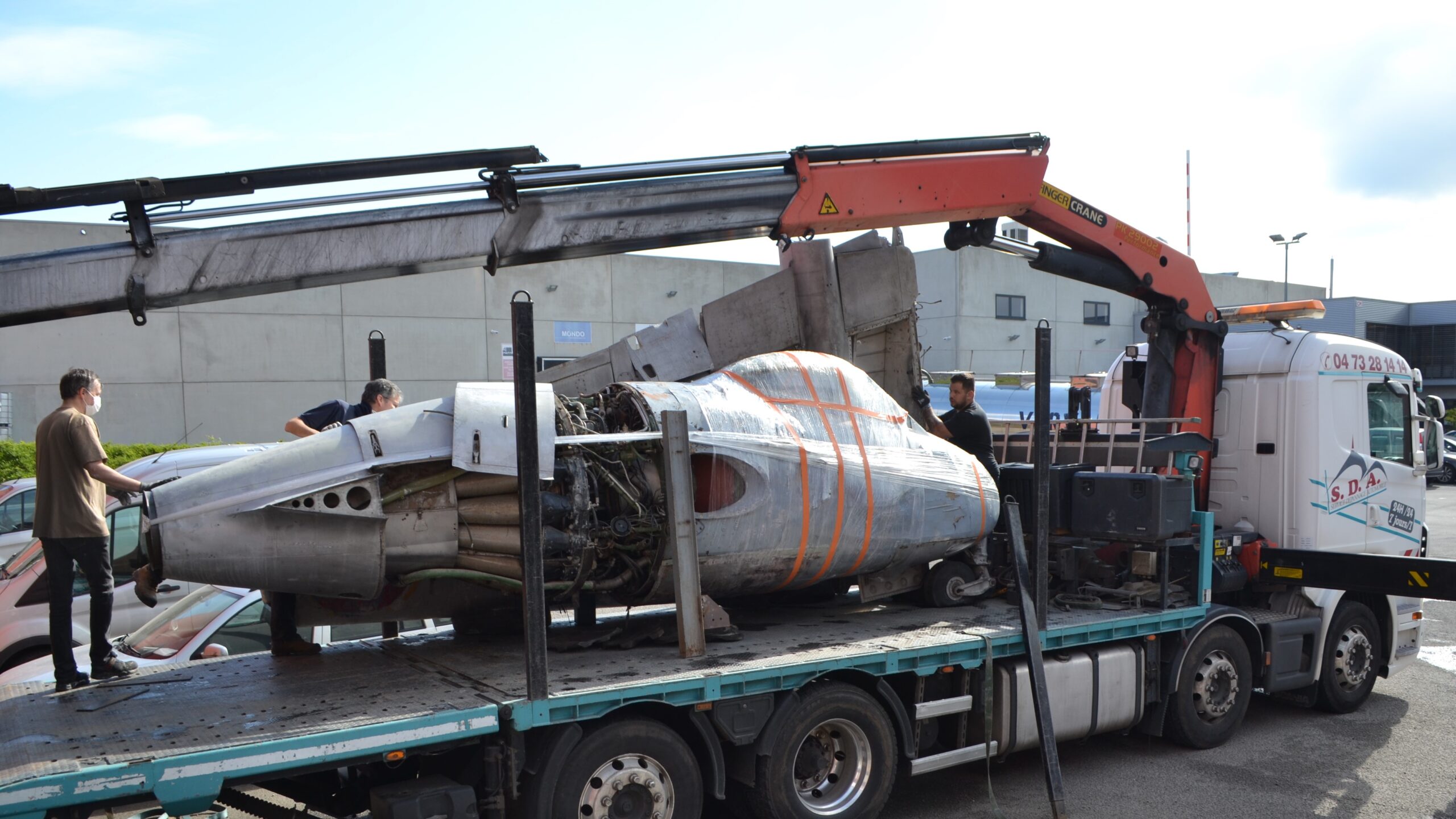 Wednesday, April 29, 2020: unloading of the aircraft in front of the BAPA workshop-hangar. (© BAPA Aero)

The Belgian Aviation Preservation Association (BAPA) collection has opened up to the jet age.

After having recently received two Turbomeca Marboré II engines equipping the Fouga C.M.170 Magister. (one being cut out in a didactic way and the other on its original maintenance support), a first jet has been added to the association’s aircraft collection.

It is the De Havilland DH.100 Vampire FB.5 (c/n 699, serial VX950, coded 5A-X) previously located at the Mas Palegry in the Languedoc-Roussillon region in southern France.

The DH.100 prototype, originally called “Spider Crab”, is of mixed wood/metal construction with an original twin-beam formula.  The first flight was made in Hatfield on September 26, 1943, piloted by Geoffrey Raoul de Havilland, son of the firm’s founder, under the serial LZ548/G *, and was propelled by a Halford H-1 (later de Havilland Goblin 1) engine of 2,300 lbs of force designed by Major Frank Bernard Halford CBE FRAeS.

THe BAPA’s DH.100 Vampire is one of the very first jets to be mass-produced.  Part of contract number G/AIRCRAFT/2467 for English Electric Co Ltd, it was built in the Preston factory and its engine is one of the first de Havilland Goblin 2 engines, developing 3,100 lbs of thrust.

The aircraft left English Electric’s Salisbury (Preston) factory on 17 June 1949 and was transferred to the RAF base at Manston on 20 June 1949.  It was then delivered to the French Air Force on 7 December 1949.

On September 11th, 1953, after a rather short operational career with the 2/5 Ile de France fighter squadron coded 5A-X at the Orange airbase, it was used as an instructional airframe.

It was then delivered to Karouba airbase (Tunisia) on September 25th, 1953.  On 20 January 1954, she was delivered to the Naval School of Lanvéoc-Poulmic (Brittany). 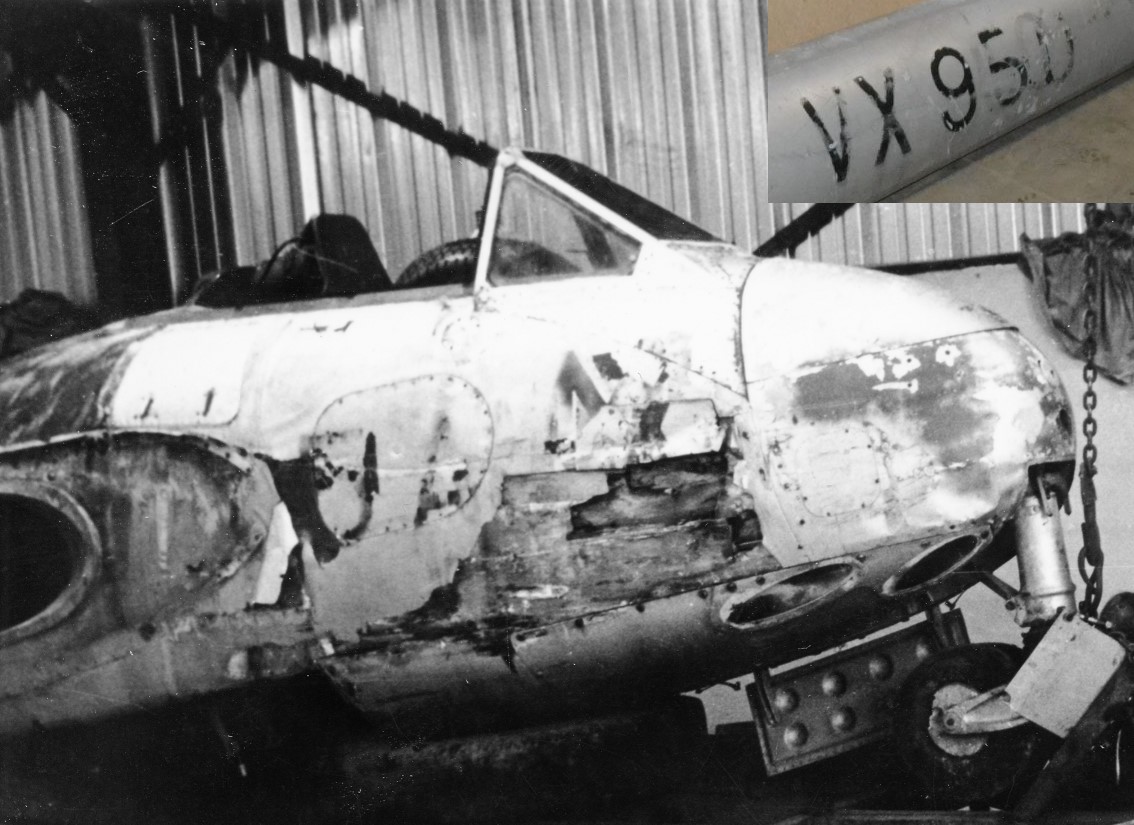 She was acquired from a scrap merchant in 1979 by Charles Noetinger who housed her in his museum at Mas Palegry. This collection was sold and dispersed in 2019. This is how the sole surviving French DH.100 Vampire arrived in the BAPA collections!

Although the plane does not fit in with the “Belgian” side of the association, it has a small connection with Belgium and is very interesting technically and historically.

For the record, in 1947 the Vampire was competing with the Meteor for the replacement of the Spitfires in Belgium. The Air Force tested both planes, but the Meteor won the contract.

An “amusing” side story is that the two machines were displayed to the public at Melsbroek on 7 May 1947 by Belgian airmen, Captain Marcel Mullenders on the Meteor and Captain Remy “Mony” Van Lierde on the Vampire. Due to landing gear problems, the two aircraft were accidented within the span of an hour.

This new arrival constitutes a new challenge and will require the acquisiton of new technical knowledge for the BAPA restoration team, which is already very efficient in sheet metal work, mechanics, carpentry and canvas covering (marouflage of the wooden nose)!

Our thanks to Marc Lecocq and the BAPA for sharing this text and photos.

Permanent link to this article: https://www.worldwarbirdnews.com/2020/08/29/belgian-aviation-preservation-association-acquires-ex-french-air-force-dh-100-vampire/