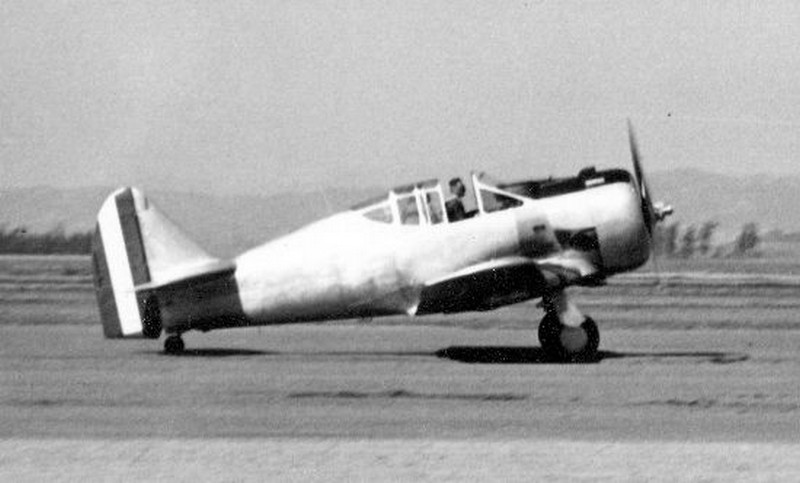 The only surviving North American NA-50 Torito, a fighter derived from the NA-16/BT-9 trainer, has been restored in Peru by the Servicio de Mantenimiento de la Fuerza Aerea del Perú (Maintenance Service of the Peruvian Air Force) for the Museo Aeronáutico del Perú at Las Palmas.

This aircraft, coded XXI-41-3, was one of only seven NA-50 built, all of which were delivered to Peru where they saw action during the 1941 Peruvian-Ecuadorian war. The aircraft remained in service until 1961 and was later displayed on a pedestal next to the Mausoleum of Captain José Quiñones Gonzales, a Peruvian hero who died flying an NA-50, crashing into the anti-aircraft battery that had just disabled his engine.

In 2018, the aircraft was removed from its pedestal to be restored to flying status in time for the Bicentennial of Peru’s Independence in 2021.

Permanent link to this article: https://www.worldwarbirdnews.com/2021/06/21/sole-surviving-na-50-torito-restored-in-peru/