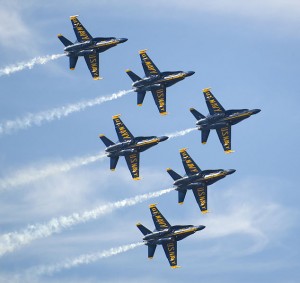 The Blue Angels, the US Navy’s flight demonstration squadron, will resume its public performances starting in the spring of 2014, a Navy spokesman has confirmed. A highly unpopular decision, the team was forced to stop its public demonstrations in April 2013 due to budget cuts.

A unique Ford Mustang will be auctioned at EAA’s Gathering of Eagles July 28, 2011. Clik here for more info about the car.

Permanent link to this article: https://www.worldwarbirdnews.com/2011/07/13/unique-blue-angels-mustang-for-sale/

The Blue Angels will resume performances for the 2011 season starting on June 18 at the Quad City Air Show. After Cdr Koss stepped down, the team cancelled all of its scheduled appearance. Captain Greg McWherter, the 2010 commanding officer, has returned to lead the team. After two weeks of intensive practice, the Blue Angels …

END_OF_DOCUMENT_TOKEN_TO_BE_REPLACED

Permanent link to this article: https://www.worldwarbirdnews.com/2011/06/10/blue-angels-to-resume-airshow-appearance-with-former-co/ 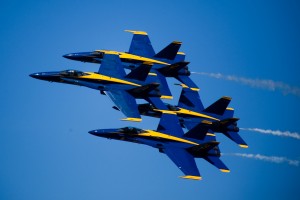 Navy Commander Dave Koss, leader of the world-famous aerobatic team the Blue Angels, has voluntarily decided to step down after leading the formation in a dangerously low maneuver at an airshow in Lynchburg. Koss said the maneuver was not in accordance with the Navy’s airborne standards and added: “This maneuver, combined with other instances of …

END_OF_DOCUMENT_TOKEN_TO_BE_REPLACED

Permanent link to this article: https://www.worldwarbirdnews.com/2011/05/29/blue-angels-co-voluntarily-steps-down/