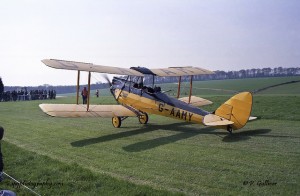 On the 6th and 7th of February, an auction sale organized by Bonhams in Paris will feature the DH.60 Gipsy Moth G-AAMY, which was used during the shooting of the Oscar-winning movie « Out of Africa », starring Meryl Streep and Robert Redford. This aircraft, built in 1929, is still airworthy and is regularly seen on airshows, …

END_OF_DOCUMENT_TOKEN_TO_BE_REPLACED

Permanent link to this article: https://www.worldwarbirdnews.com/2013/01/10/out-of-africa-gipsy-moth-to-be-sold-by-bonhams-in-paris/

Vampire and Alouette III to be auctioned in Paris 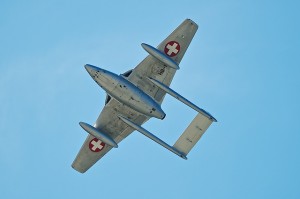 A former Swiss AF DH.100 Vampire and an Alouette III helicopter will be auctioned by Artcurial on February 17, 2013 in Paris. The Vampire is expected to be sold between 70,000 and 90,000€ and will include a spare Goblin 35B engine, ejector seats, anti-G suit and various spare parts. The Alouette III is expected to …

END_OF_DOCUMENT_TOKEN_TO_BE_REPLACED

Permanent link to this article: https://www.worldwarbirdnews.com/2012/12/17/vampire-and-alouette-iii-to-be-auctioned-in-paris/

The Historic Aircraft’s Collection’s Hawker Hurricane Mk XIIa Z5140 (G-HURI) will be auctioned at the Bonhams sale of Collectors’ Motor Cars and Automobilia on December 3. It is expected that the aircraft will be sold for some 2.7 millions dollars. The HAC also owns a Spitfire Mk Vb, a Nimrod II and a  Fury Mk I, …

END_OF_DOCUMENT_TOKEN_TO_BE_REPLACED

Permanent link to this article: https://www.worldwarbirdnews.com/2012/10/22/historic-aircraft-collection-hurricane-mk-xii-to-be-auctioned-in-december/

A unique Ford Mustang will be auctioned at EAA’s Gathering of Eagles July 28, 2011. Clik here for more info about the car.

Permanent link to this article: https://www.worldwarbirdnews.com/2011/07/13/unique-blue-angels-mustang-for-sale/