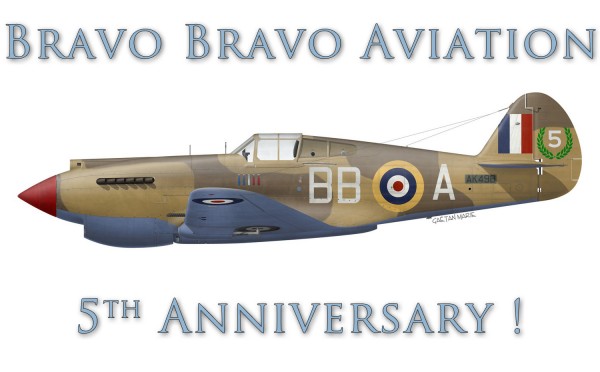 Bravo Bravo Aviation, the publisher of World Warbird News, turned five on January 16, 2014. To celebrate, we decided to hand out a few gifts to our fans and followers. From January 16 to February 15, you can try your luck and hope to win one of five A5 prints, to be chosen from our catalog on the website.

Here’s how to do it:

Good luck and thanks to all for your continued support!

The rules for the drawing game (in French) can be found on our website.

Permanent link to this article: https://www.worldwarbirdnews.com/2014/01/19/bravo-bravo-aviation-celebrates-its-5th-anniversary/