Connie Edward’s Buchóns to be restored in Switzerland

UPF-7 Waco for the Collings Foundation 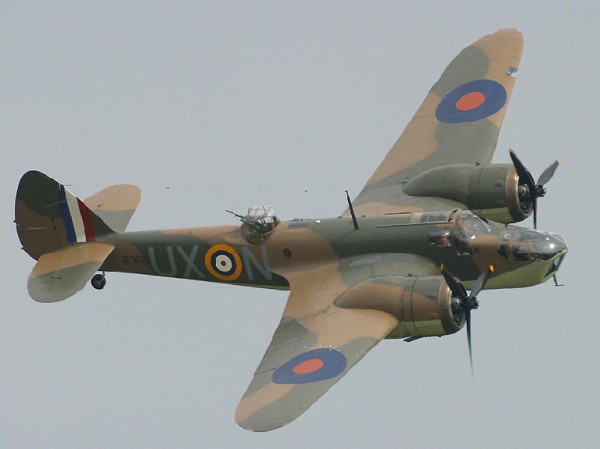 After a restoration that took over a decade, Bristol Blenheim L6739 flew a 20 minutes maiden flight at Duxford on November 20 with John Romain and John Gilmore at the controls.

The aircraft was restored in 1987 but crashed a month after its maiden flight. Following this, it was repaired and flew again 5 years later, wearing the colours of a RAF Blenheim Mk IV. After ten years of flight operations, it was severely damaged in a landing accident at Duxford and was thought to be a write-off. Nevertheless, it was patiently rebuilt, this time with a Blenheim Mk I “short nose”.

Get more information and pictures of the first flight from Global Aviation Ressource.

Permanent link to this article: https://www.worldwarbirdnews.com/2014/11/24/bristol-blenheim-l6379-flies-again/