45 Spitfires, Hurricanes and Blenheim for Battle of Britain Day Flypast ! 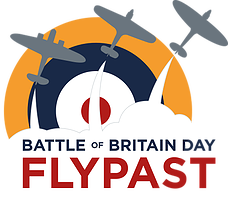 On Battle of Britain day, September 15th, a formation of 45 aircraft will take off from Goodwood aerodrome36 Supermarine Spitfires, 8 Hawker Hurricanes and the only airworthy Bristol Blenheim.

The formation will be led from the back seat of a twin-seat Spitfire by Wing Commander Tom Neil, DFC, AFC, AE, a 95-year old Battle of Britain veteran. After reaching Selsey Bill, the formation will break into groups of four, which will fly different paths across south and south-east England and land at various airfields used during the battle: Biggin Hill, Duxford, Northweald, Northolt, with some returning to Goodwood.

It is the first time since the end of World War II that so many Battle of Britain aircraft fly together.

More information on this fantastic event can be found the Battle of Britain Day Flypast website. [NB:bad link corrected]

Permanent link to this article: https://www.worldwarbirdnews.com/2015/08/15/45-spitfires-hurricanes-and-blenheim-for-battle-of-britain-day-flypast/