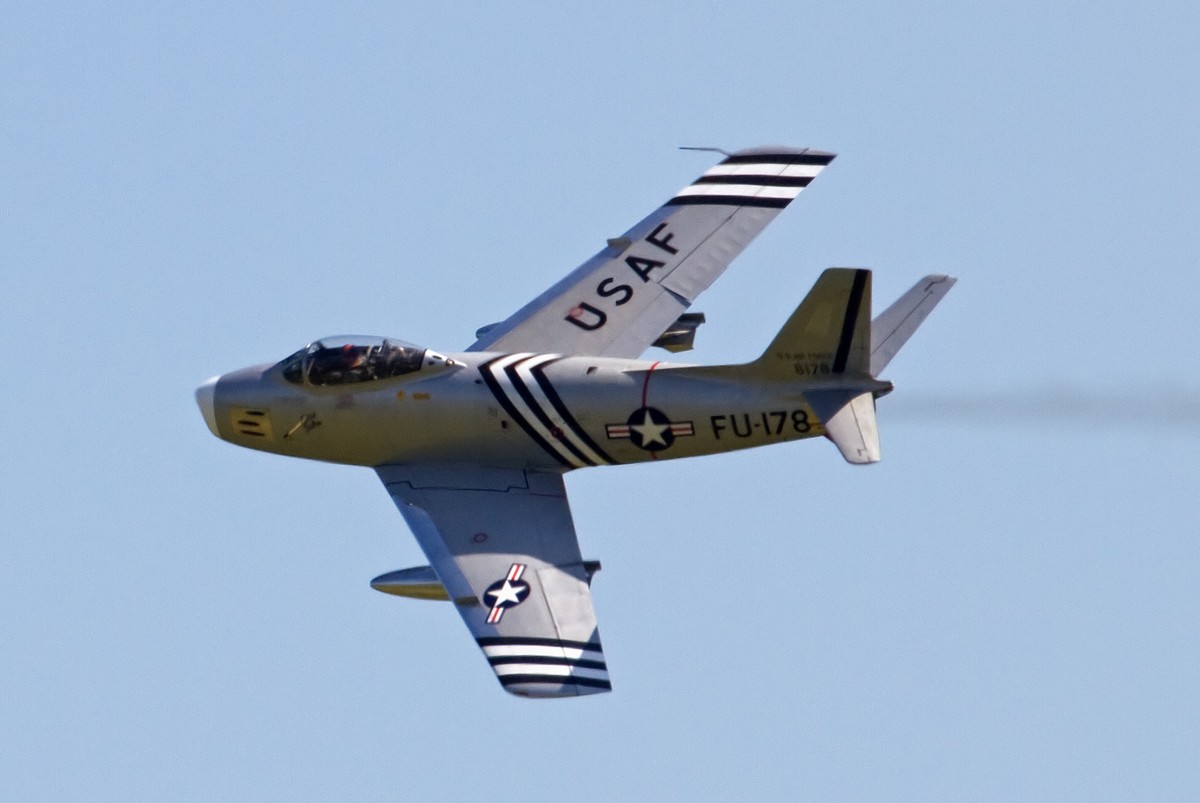 North American F-86A Sabre 48-0178, the only airworthy F-86A Sabre and one of the oldest jets still flying, has returned to the skies this week in Rockford, Illinois, with Paul Wood at the controls. The aircraft was previously operated in the UK by the Golden Apple Trust and returned to the USA earlier this year where Heritage Aero worked to restore her to airworthiness.

Permanent link to this article: https://www.worldwarbirdnews.com/2015/10/10/rare-f-86a-sabre-flies-again/