The Royal Air Force’s Memorial Flight Club is the official club of the famous Battle of Britain Memorial Flight. The BBMF operates six Supermarine Spitfires, two Hawker Hurricanes, the Avro Lancaster PA474, two Douglas Dakotas and two de Havilland Canada DHC.1 Chipmunks, which are presented to the public during air shows and commemorations. The BBMF is somewhat unique as most modern air forces are not much – if at all – involved in the preservation of their former aircraft and the memories of their veterans, or are only in an indirect fashion.

You can support the RAF Memorial Flight Club and the BBMF by becoming a member. Annual membership costs £25/year (plus P&P). Not only will your membership help support the BBMF, you’ll also get a number of gifts and benefits. The membership pack includes the following: 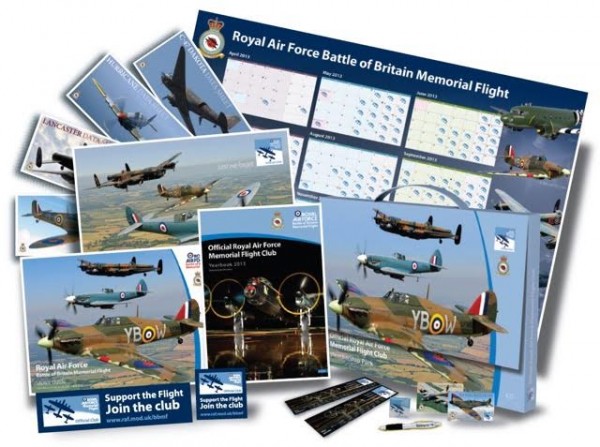 If that was not enough, as a member of the Memorial Flight Club you will also be automatically entered into a monthly ballot to win valuable prizes. Past prizes have included:

Having been given a chance to review the magazine, I must say I was very favourably impressed with it. First of all, the 76-page Autumn 2015 issue comes with a very clean and agreeable layout, which is a welcome change from the very heavy and intensive layout often found in aviation magazines.

More importantly, the quality and subjects of the articles came as a very agreeable surprise. In addition to news related to the Club, the BBMF and its operations, the editors propose several well-written articles on various topics related to the RAF in World War II and today. The articles of the Autumn 2015 issue includes articles on the Castle Bromwich Spitfire factory, battlefield casualty evacuation in WW2 and the present, Hurricane night fighters, etc.

In conclusion, I can only recommend becoming a member of the RAF Memorial Flight Club. Christmas is arriving: for a very reasonable price, you can treat yourself or a friend to a very nice present with the added benefit of supporting the Battle of Britain Memorial Flight!

Permanent link to this article: https://www.worldwarbirdnews.com/2015/11/19/become-a-member-of-the-raf-memorial-flight-club-and-support-the-bbmf/