Born in 1919, Captain Eric Brown CBE, DSC, AFC, Hon FRAeS, RN discovered aviation in 1936 in Germany with Ernst Udet and joined the Royal Navy’s Fleet Air Arm during the war. His superb pilot skills were quickly noticed and he became a test pilot, flying prototypes and developing new techniques. He flew all of the major types of aircraft used during the war.

After the war, he pursued his career as a test pilot and established numerous records, including that of the greatest number of aircraft types flown (487, not counting variants of a given type) and carrier landings (2,407 carrier landings). He is also the author of several books.

Read more about Eric Brown from Wikipedia or The Telegraph. 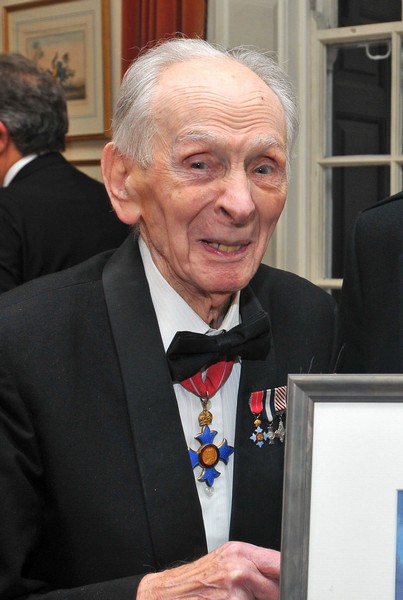