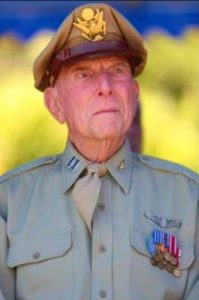 On 15 August 1945, Yellin and his wingman Philip Schlamberg of the 78th Fighter Squadron took off from Iwo Jima to strafe Japanese airfields near Nagoya. Japan was imminently expected to surrender and the pair was to abort their mission and return to base in the event they received the code word “Utah”, signalling the end of the war. For some reason, they never received the code word and Yellin discovered upon landing that the war had ended three hours earlier. Sadly, Schlamberg disappeared in a cloud bank after the attack and was presumed killed in combat.

After the war, Yellin became an advocate for veterans with post-traumatic stress disorder and personally struggled for years to overcome what he had experienced during his service.

He is survived by four children, one sister and six grand-children.