“Connie” Edwards has passed away 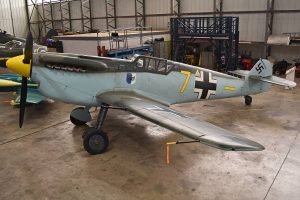 He also participated in the shooting of several other warbird-related movies and helped create the Confederate Air Force (now the Commemorative Air Force) and has always been a leading figure of the warbird scene in the US and the world.

Our thoughts and prayers go to “Connie” Edwards’ family and friends.

Permanent link to this article: https://www.worldwarbirdnews.com/2019/05/14/connie-edwards-has-passed-away/