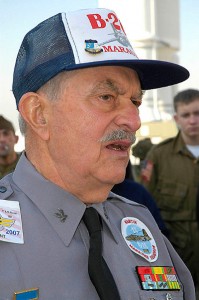 We are saddened to learn the death of Henri Bourrassier, who passed away on April 6. Henri Bourrassier flew the B-26 Marauder with the Free French  “Bretagne” bomber group during World War Two. He later flew Dakotas and Noratlas transport aircraft for the French Air Force in during the wars in Indochina and Algeria. He …