RAAF F-111 Aardvark for the Pacific Aviation Museum in Hawaii 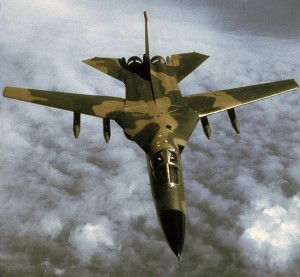 A General Dynamics F-111C Aardvark, one of seven aircraft restored by the Royal Australian Air Force, recently arrived onboard a C-17 Globemaster in Hawaii. The aircraft was donated by the RAAF to the museum. Its wings and tail had already been delivered to the museum, which will now reassemble the aircraft and add it to …

END_OF_DOCUMENT_TOKEN_TO_BE_REPLACED

Permanent link to this article: https://www.worldwarbirdnews.com/2013/09/09/raaf-f-111-aardvark-for-the-pacific-aviation-museum-in-hawaii/

The Pacific Aviation Museum has received a Lockheed T-33 Shooting Star jet trainer, which became the museum’s 28th aircraft. The aircraft was used at Honolulu Community College, and was donated to the museum. It will be available for viewing by visitors in Hangar 79, where the aircraft will undergo restoration by the museum’s Lt. Ted …

END_OF_DOCUMENT_TOKEN_TO_BE_REPLACED

Permanent link to this article: https://www.worldwarbirdnews.com/2011/04/30/pacific-aviation-museum-receives-a-t-33/