A memorial to honour the memory of the pilots who were killed flying the F-111 and also the mechanics who developed health problems while working on the aircraft was inaugurated at RAAF base Amberley. Some 40 guest and 100 base personnel were present for the inauguration. Source

Permanent link to this article: https://www.worldwarbirdnews.com/2011/12/04/f-111-memorial-inaugurated-in-australia/

Twenty-three F-111 disposed of in landfill in Australia

Twenty-three retired F-111 Aardvark of the Royal Australian Air Force have been buried in a landfill in Swanbank, Australia. This has provoked angry reactions from quite a few people in Australia, who believe the aircraft should have been given to museums and municipalities to preserve Australian aviation history. Only seven F-111 have found their way …

END_OF_DOCUMENT_TOKEN_TO_BE_REPLACED

Permanent link to this article: https://www.worldwarbirdnews.com/2011/11/26/twenty-three-f-111-disposed-of-in-landfill-in-australia/

Wreckage of Spitfire recovered in France 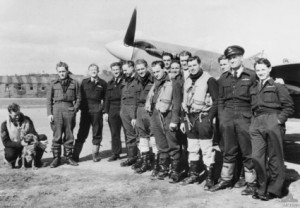 The wreckage of a Spitfire that was shot down in April 1942 was unearthed in Hardifort in Northern France. The remains of the pilot, William James Smith, were found at the crash site. Smith, a 24 year-old Australian, was flying with No 457 Squadron when he was shot down and killed. The aircraft’s wreckage is …

END_OF_DOCUMENT_TOKEN_TO_BE_REPLACED

Permanent link to this article: https://www.worldwarbirdnews.com/2011/10/20/wreckage-of-spitfire-recovered-in-france/