The Library and Archives Canada video channel posted this 42 minutes-ong footage a few months ago. It shows Royal Air Force and Royal Canadian Air Force aircraft in full colour and in exceptional quality. Despite the title, it appears part of the footage was shot in Canada, but this does not diminish in the least …

END_OF_DOCUMENT_TOKEN_TO_BE_REPLACED

Permanent link to this article: https://www.worldwarbirdnews.com/2016/02/22/video-royal-air-force-in-burma/ 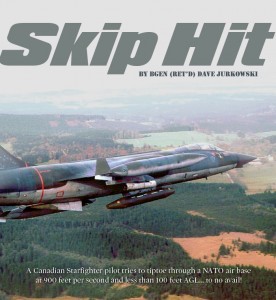 Another interesting read from Vintage Wings of Canada: how a Canadian F-104 pilot in Europe found himself flying at 900 ft per seconds less than 100 ft above a German transport base. Read it on the VWC website.

Permanent link to this article: https://www.worldwarbirdnews.com/2011/12/29/skip-hit-low-level-flying-in-west-germany/ 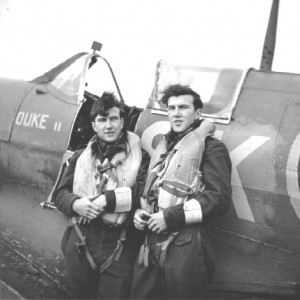 World War II Canadian fighter pilot Douglas “Duke” Warren died on Sunday August 28th, aged 89. He joined the RCAF at age 18 in 1940, along with his identical twin brother Bruce. Both served as flight commanders with No 165 Squadron in Europe, a unique situation in the annals of the conflict. Bruce, known as …

END_OF_DOCUMENT_TOKEN_TO_BE_REPLACED

Permanent link to this article: https://www.worldwarbirdnews.com/2011/08/17/canada-restores-historic-identities-of-the-royal-canadian-air-force/ 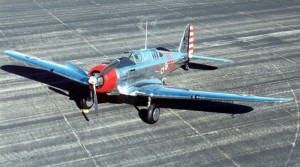 On December 13, 1940 two RCAF Northrop A-17 Nomad on a search mission for a downed aircraft collided in mid-air and crashed, killing their crews. One of the aircraft and its crew was recovered at the time, but the other aircraft was never discovered. It was flown by Peter Campbell, a 24-year old British, and …

END_OF_DOCUMENT_TOKEN_TO_BE_REPLACED

Permanent link to this article: https://www.worldwarbirdnews.com/2011/07/26/missing-airmens-a-17-nomad-found-in-canadian-lake/