The Fantasy of Flight Stinson L-1 Vigilant flew again on July 18 after a lengthy restoration process. The plane flew for 25 minutes and only minor adjustments were found to be necessary. More information and pictures can be found on Warbird News.

Permanent link to this article: https://www.worldwarbirdnews.com/2013/07/28/fantasy-of-flight-stinson-l-1-flies-again/ 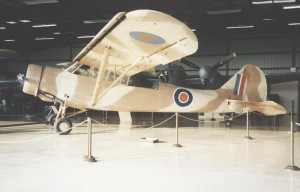 The Miami-based Fantasy of Flight Museum recently completed the restoration of its Stinson O-49 Vigilant, damaged in 1992 by hurricane Andrew. Only four other aircraft of this type are preserved nowadays, and only one is flying. The Stinson O-49 was designed after a request from the US Army Air Corps, who was impressed by the …

END_OF_DOCUMENT_TOKEN_TO_BE_REPLACED

Permanent link to this article: https://www.worldwarbirdnews.com/2013/02/07/fantasy-of-flight-museum-stinson-o-49-restored/