Waco ACG-8 back in the air

A man and a woman were killed this morning in the crash of their Fouga CM.170 Magister (F-AZZE) in a field near Champs-de-la-Pierre in France.

The causes of the accident are yet unknown but according to witnesses, visibility was  limited by fog when the accident occurred, shortly after 9:00 AM local time.

The Fouga Magister was flown by the Le Havre-based association “Les Mohicans du Fouga” and was flying to Angoulême to take part in the Mainfonds meeting. 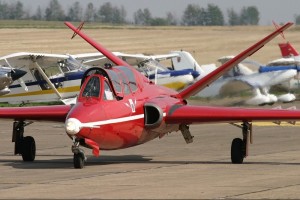 Permanent link to this article: https://www.worldwarbirdnews.com/2011/08/06/two-people-killed-in-fouga-magister-crash/