One dead and one injured in Mustang crash in the UK 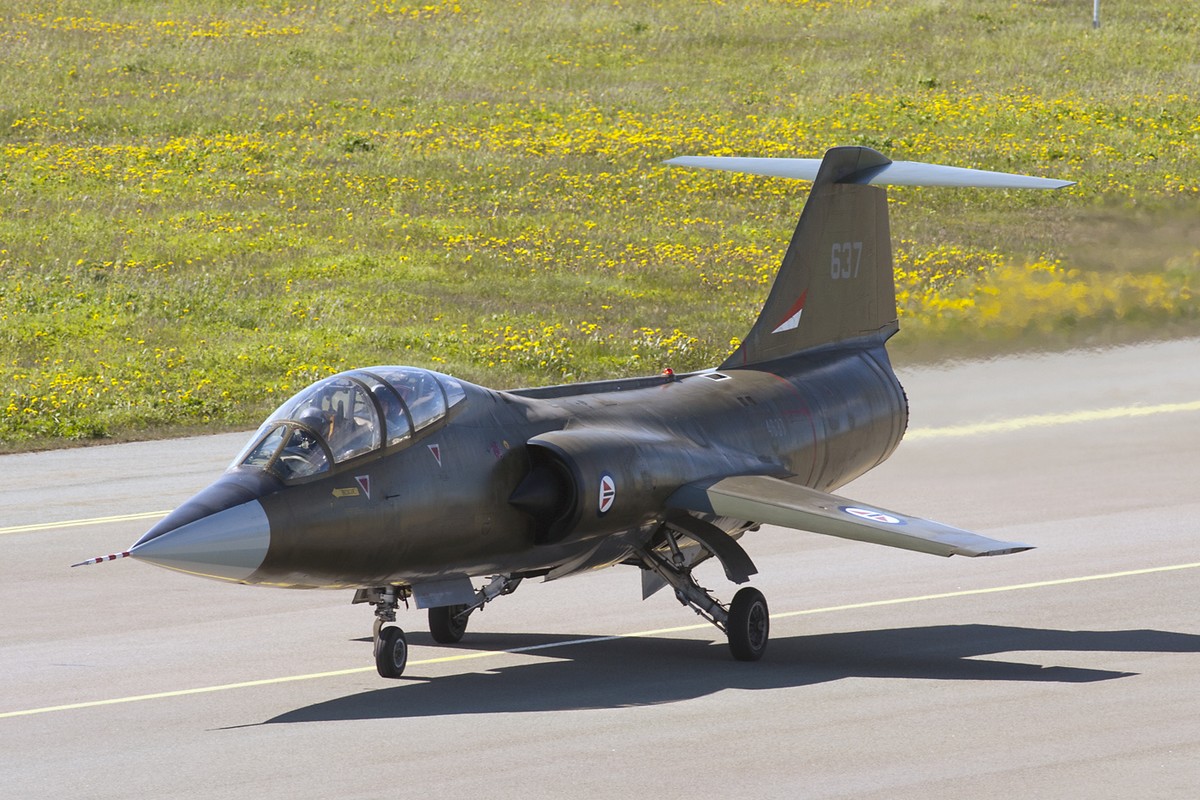 The Friends of the Norwegian Starfighter’s CF-104D in 2012 during a taxi demonstration in Bodø, Norway (Photo
Rob Schleiffert (CC BY-NC 2.0))

The Friends of the Norwegian Starfighter’s ex-Norwegian AF, Canadian-built CF-104D Starfighter flew again for the first time in 33 years on September 28 in Bodø, Norway. The restoration of the aircraft began in 2003, culminating with this week’s first flight with Eskil Amdal at the controls.

You can enjoy the unique “howl” made by the Starfighter in these videos of the flight.

Permanent link to this article: https://www.worldwarbirdnews.com/2016/10/01/norwegian-starfighter-flies-again/