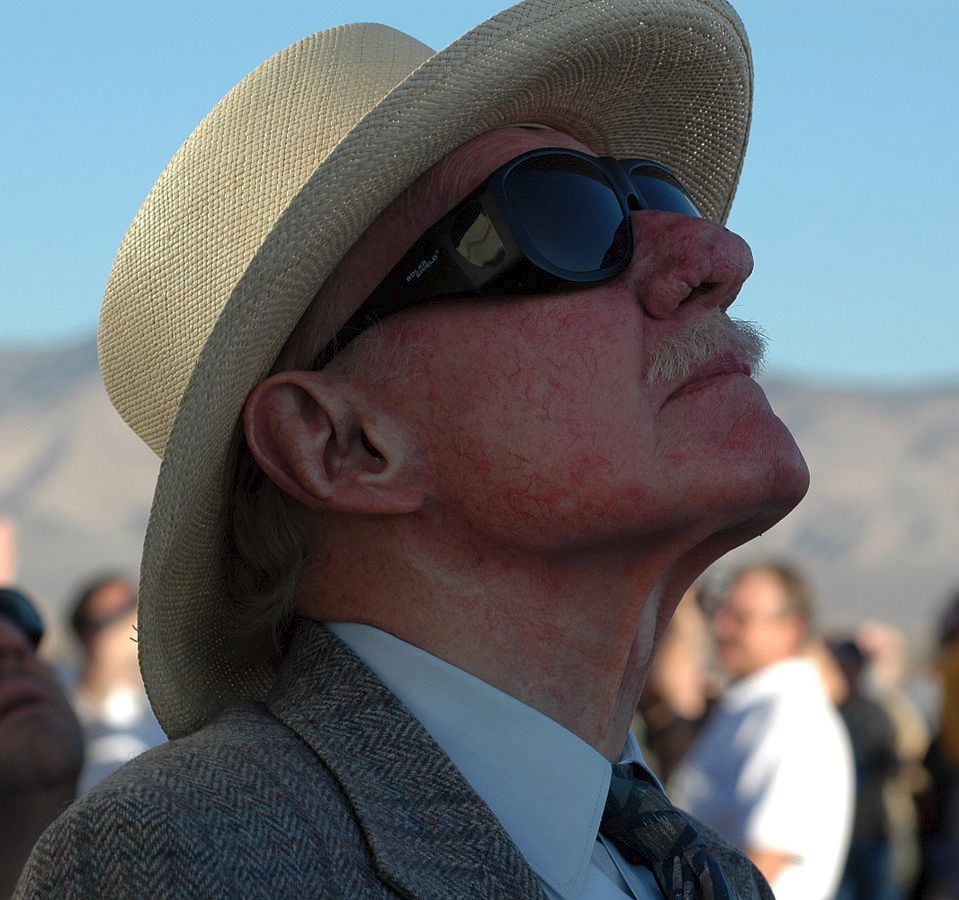 Legendary pilot Bob Hoover passed away today aged 94. He is often considered as one of the greatest pilots of all times.

Born in 1922, Hoover became a fighter pilot and flew 59 combat missions before being shot down in 1944. He was captured and spent 16 months in German prisons before escaping by stealing a Focke-Wulf Fw 190 fighter. After his return to the USA, he became a test pilot and was chase pilot to Chuck Yeager during the flights that lead to breaking the sound barrier. He left the military in 1948, but flew many ground attack missions during the Korean War as a civilian consultant for North American Aviation. He performed test flights on the FJ-1 Fury, F-86 Sabre and F-100 Super Sabre among others.

Starting in the 1960s, he began performing at airshows, flying his famous P-51D Mustang “Ole Yeller” or the Aero Commander Shrike, until his retirement in the 1990s. He is considered as one of the founders of modern aerobatics and his demonstrations with the Aero Commander, a twin-engine utility/cargo aircraft never meant for aerobatics, have become legendary. The most impressive part of his routine was performing a loop and a barrel roll with both engines cut off just prior to landing.

He was awarded numerous military and civilian decorations and awards for his role in aviation, aerobatics and aviation safety.

The following video shows his extraordinary talent as a pilot.

Permanent link to this article: https://www.worldwarbirdnews.com/2016/10/25/bob-hoover-passes-away/