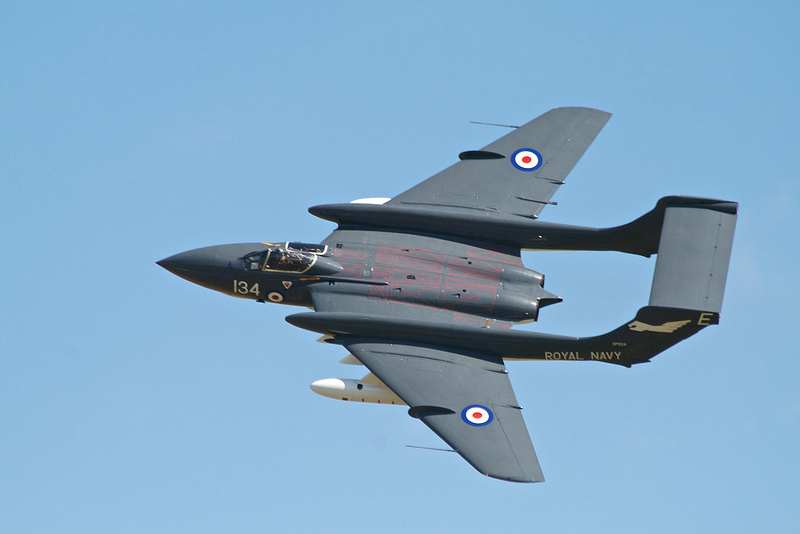 Sea Vixen XP924 of the Fly Navy Heritage Trust made a wheels-up landing in Yeovilton on Saturday 27 May, after developing hydraulics problems. The pilot is unharmed but the aircraft, the sole airworthy Sea Vixen in the world, received substantial damage.

Permanent link to this article: https://www.worldwarbirdnews.com/2017/05/29/fly-navy-heritage-trust-sea-vixen-belly-lands-in-yeovilton/