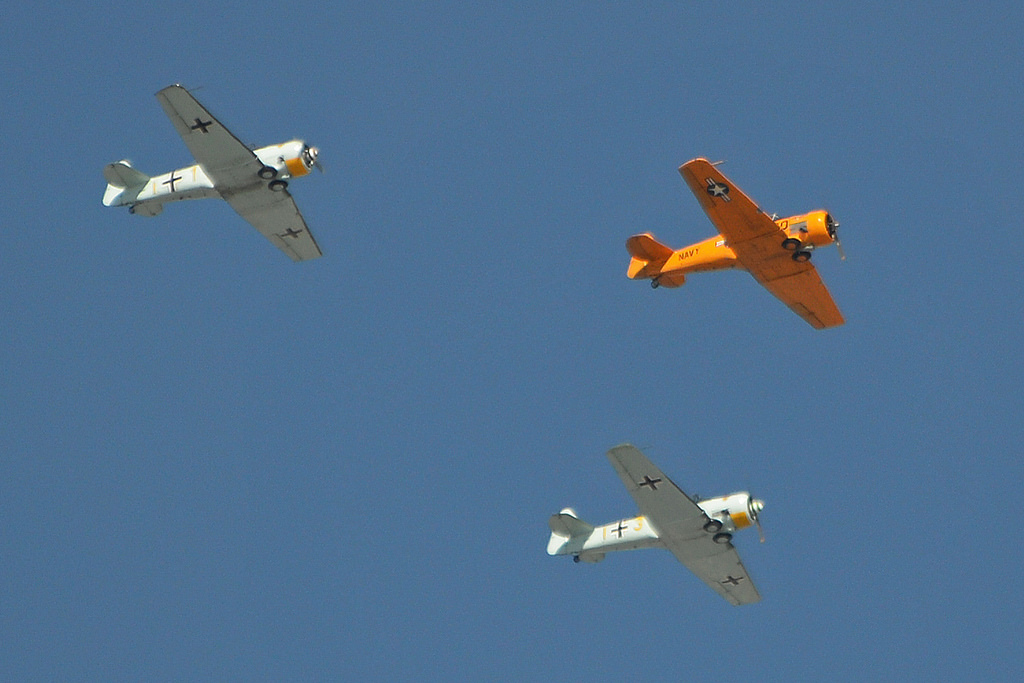 Three SNJ/T-6 of the COndor Squadron in formation. The accident aircraft is the closest one on this shot. (Photo Alan Wilson (CC BY-SA 2.0))

An SNJ-5 Texan belonging to the Condor Squadron made an emergency landing on a highway near Agoura Hills, California following an engine failure on October 23, 2018. The pilot managed to land on the highway between traffic and made a power-out landing there. Unfortunately, the aircraft hit the central divider and was destroyed in the ensuing fire. The pilot, who was alone on board, was able to exit the aircraft uninjured.

The Condor Squadron Officer’s and Airmen’s Association is a  non-profit organization founded in 1965 by a group of WWII fighter pilots, regularly displaying their T-6s at airshows and other events.

Permanent link to this article: https://www.worldwarbirdnews.com/2018/10/24/condor-squadron-snj-5-texan-crashes-on-highway-no-fatalities/