New Warbird Shirt & 15% off all items in the shop 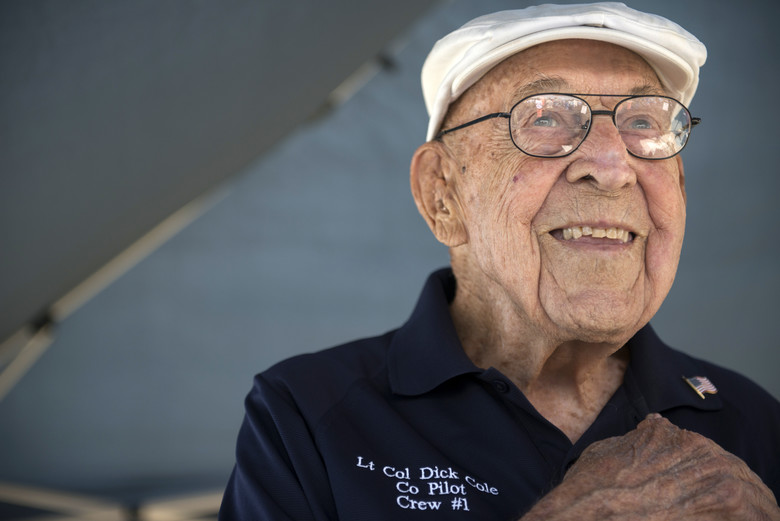 Born in 1915, he enlisted as aviation cadet in 1940. He was one of the 80 crew members selected to take part in the famous raid against Tokyo and mainland Japan, led by the famous James “Jimmy” Doolittle. Taking off from the USS Hornet in their B-25 Mitchells, a medium bomber designed to operate from land, the raiders bombed Tokyo and other targets in the Japanese mainland. Running out of fuel after their mission, they parachuted or crash-landed in China. Five raiders were captured and executed by the Japanese, with another three becoming prisoners of war (one of whom died of malnutrition during his captivity).

Richard Cole remained in the China-Burma-India theater of operations after the raid. He served in the US Air Force until 1966, retiring with over 5,000 flying hours.

Our thoughts and prayers go to Lt Col Cole’s family and friends.

Read more about Richard Cole’s life and career on the US Air Force’s website.

Permanent link to this article: https://www.worldwarbirdnews.com/2019/04/11/lt-col-richard-dick-cole-last-surviving-member-of-the-doolittle-raid-has-passed-away/