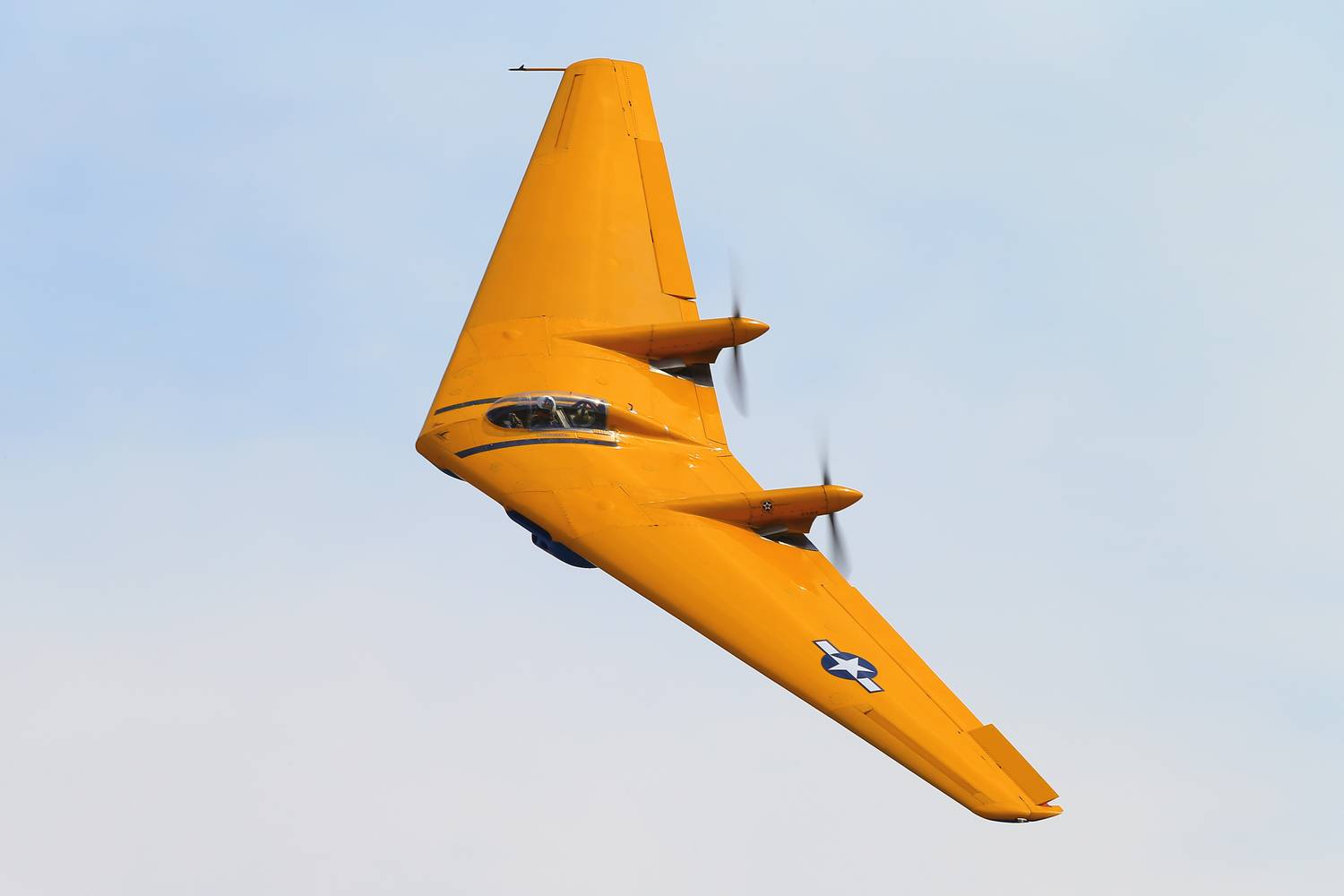 The 1944 Northrop N-9M restored and flown by the Planes of Fame museum crashed in a prison courtyard in Norco, California on 22 April 2019. The pilot did not survive the crash and the aircraft appears to have been totally destroyed by the crash and subsequent fire.

The aircraft was the fourth and last N-9M built, and the only surviving example of its type. It was restored to flying condition by the Planes of Fame museum, which had been displaying it at airshows and events since the mid-1990s.

Our thoughts and prayers go to the family and friends of the pilot.

Permanent link to this article: https://www.worldwarbirdnews.com/2019/04/23/pilot-killed-in-northrop-n-9m-crash-in-california/