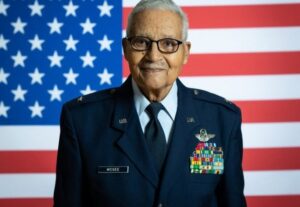 Charles Edward McGee, born on December 7, 1919, passed away in his sleep on Sunday the 16th of January 2022, aged 102. A member of the famous Tuskegee Airmen, he was deployed in  February 1944 with the 302nd Fighter Squadron of the 332nd Fighter Group, which was then based in Italy. Flying the P-39 Airacobra, …

END_OF_DOCUMENT_TOKEN_TO_BE_REPLACED

Permanent link to this article: https://www.worldwarbirdnews.com/2022/01/18/brigadier-charles-mcgee-one-of-the-last-surviving-tuskegee-airmen-passes-away-at-102/ 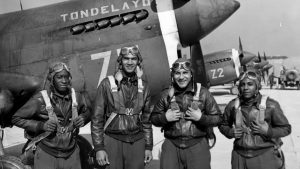 The remains found at a crash site in Hohenturn, Austria, could be those of Captain Lawrence E. Dickson, who disappeared in his P-51 Mustang on 23 December 1944, during his 68th combat mission with the 100th Fighter Squadron. The US Defence POW/MIA Accounting Agency emphasize that they are still testing the remains but there is …