The Reno Air Racing Association has received a conditional approval to hold its annual races, provided it obtains insurance coverage of at least $100 million.The races should be held from September 12 to 16. The RARA will also respond to seven security recommendations made last month by the NTSB. An in-house panel of aviation experts …

END_OF_DOCUMENT_TOKEN_TO_BE_REPLACED

Permanent link to this article: https://www.worldwarbirdnews.com/2012/05/19/reno-air-racing-association-receives-conditional-approval-to-hold-races-in-2012/ 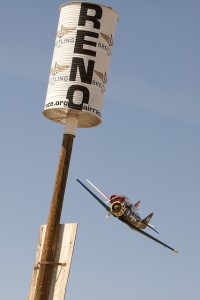 Despite concerns that the Reno Air Races might disappear after last year’s tragic crash which resulted in 11 deaths and over 70 injuries, the Reno Air Racing Association has announced that it is intending to host the 49th edition of the races from September 12th to 16th. A safety panel of aviation experts will study …

END_OF_DOCUMENT_TOKEN_TO_BE_REPLACED

Reminiscent of the National Air Races which were held from 1920 à 1949, an air race will be held on October 15th in Cleveland. The race is open to both standard and experimental aircraft. All racers will follow a six-branch 150-miles course starting and ending at Cleveland Municipal Airport. The public can watch the races …

END_OF_DOCUMENT_TOKEN_TO_BE_REPLACED

Permanent link to this article: https://www.worldwarbirdnews.com/2011/10/08/cleveland-air-race-revival-2011/ 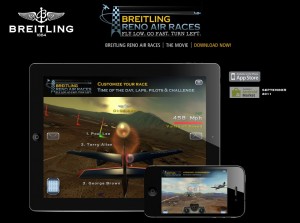 In collaboration with the National Championship Air Races, Breitling recently announced the launch of Breitling Reno Air Races, an online multiplayer airplane race game. The game is already available on the AppStore and will be available for Android-based devices in September. Click here to download it or view the movie.

Permanent link to this article: https://www.worldwarbirdnews.com/2011/08/05/breitling-announces-reno-air-racing-video-game/

The famous air racer and team leader of Nemesis Air Racing Jon Sharp has announced he will retire after a highly successful 32-year racing career, during which he won 15 Reno Air Racing National Championships. Read more on EAA.org.

Permanent link to this article: https://www.worldwarbirdnews.com/2011/08/05/air-racer-jon-sharp-announces-retirement/