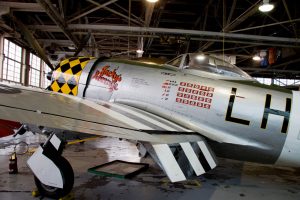 The pilot of the P-47 “Jacky’s Revenge” was killed during a crash in the Hudson river. An initial New Jersey PD statement indicated that the pilot had been rescued with minor injuries, but this statement was later retracted. The pilot was identified as Bill Gordon of Connecticut. Gordon flew P-47D Thunderbolt “Jacky’s Revenge” for the …

END_OF_DOCUMENT_TOKEN_TO_BE_REPLACED

Permanent link to this article: https://www.worldwarbirdnews.com/2016/05/28/pilot-killed-in-p-47-thunderbolt-hudson-crash/