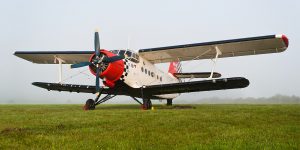 An Antonov An-2 crashed today at an airshow in Balachikha near Moscow. The two pilots were killed in the accident, but no members of the public were hurt. The scene was filmed from many angles and appears to show the pilot attempting a hard left turn to avoid the public before losing control and hitting the …

END_OF_DOCUMENT_TOKEN_TO_BE_REPLACED

Permanent link to this article: https://www.worldwarbirdnews.com/2017/09/02/two-killed-in-antonov-an-2-crash-at-russian-airshow/