More details about the crash can be found on this post.

Permanent link to this article: https://www.worldwarbirdnews.com/2012/03/06/video-army-aviation-heritage-foundations-ah-1-cobra-crash/ 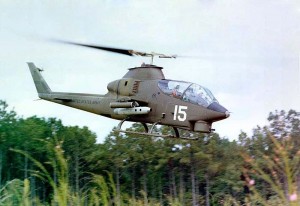 A retired AH-1 Cobra helicopter flown by the Army Aviation Heritage Foundation made a crash landing near Coolidge Municipal Airport in Arizona. The helicopter was being filmed for TV show “Top Gear Korea” and was hovering 150 to 200 ft above the ground when it went down for an unknown reason.

END_OF_DOCUMENT_TOKEN_TO_BE_REPLACED

Permanent link to this article: https://www.worldwarbirdnews.com/2012/03/03/retired-ah-1-cobra-crashes-in-arizona/