Two killed in Tiger Moth crash in the UK 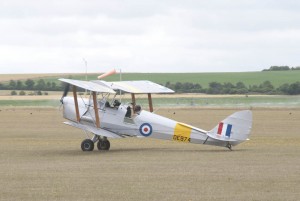 A de Havilland DH.82 Tiger Moth crashed Saturday morning in Shaftesbury, near Compton Abbas Airfield in Dorset. Tragically, the pilot, aged 64, and his passenger, aged 67, were killed in the accident. The causes for the accident are unknown. Source: The Sun

Permanent link to this article: https://www.worldwarbirdnews.com/2017/08/28/two-killed-in-tiger-moth-crash-in-the-uk/

The Flying Lesson is an ambitious action/drama short film involving air-to-air stunt sequences with a vintage WWII Tiger Moth bi-plane. After the recent death of her grandfather, Phoebe Sanderson (Jessica Blake) takes a flying lesson in the exact plane her grandfather flew in WWII, a recently restored Tiger Moth. With a sense of trepidation, she …

END_OF_DOCUMENT_TOKEN_TO_BE_REPLACED

Permanent link to this article: https://www.worldwarbirdnews.com/2016/01/14/the-flying-lesson/ 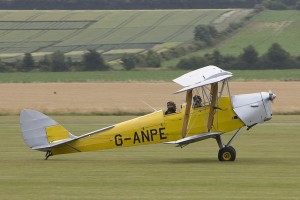 Classic Wing’s Tiger Moth G-ANPE was damaged on Friday September 30 when it overshot the runway at Duxford. The two people on board received minor injuries and were taken to the hospital. The aircraft has received substantial damage.

END_OF_DOCUMENT_TOKEN_TO_BE_REPLACED

Permanent link to this article: https://www.worldwarbirdnews.com/2011/10/01/tiger-moth-g-anpe-damaged-in-duxford/ 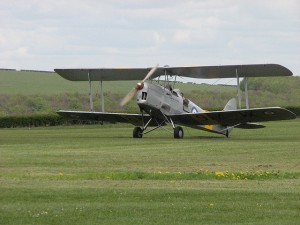 A man was killed and another gravely injured in the crash of their de Havilland Tiger Moth (XL716/G-AOIL) on May 15, 2011 near Witchampton, in Dorset. The exact cause of the accident is yet unknown, but eyewitnesses thought the aircraft was doing aerobatics and heard the engine quit shortly before the crash. Sources: http://www.bbc.co.uk/news/uk-england-dorset-13409273 http://www.dailymail.co.uk/news/article-1387386/Pilot-passenger-pulled-alive-wreckage-WWII-fighter-crash-following-stunt.html

Permanent link to this article: https://www.worldwarbirdnews.com/2011/05/16/tiger-moth-crashes-in-dorset-uk/