Valiant Air Command, Inc.’s General Motors TBM-3E Avenger returned to flight on 11 January 2020 after an 18-year long restoration. The Valiant Air Command Warbird Museum is based near Titusville, Florida, and is home to a large collection of aircraft dating from World War I to the present.

END_OF_DOCUMENT_TOKEN_TO_BE_REPLACED

Permanent link to this article: https://www.worldwarbirdnews.com/2020/01/15/valiant-air-commands-tbm-3e-avenger-returns-to-flight/ 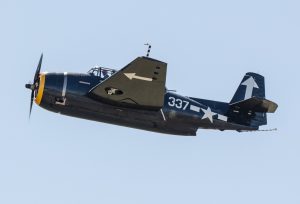 Grumman TBM-3E Avenger 53337 registered N337VT (formerly VH-VTB, arrived in the USA in 2017) was probably destroyed ina  crash near Fort Apache, Arizona. After an engine failure over mountainous terrain, the crew bailed out rather than attempt an emergency landing in what would probably have been extremely dangerous conditions. Both crew members were injured upon …

END_OF_DOCUMENT_TOKEN_TO_BE_REPLACED

Permanent link to this article: https://www.worldwarbirdnews.com/2018/05/09/tbm-3-avenger-crashes-in-arizona-crew-ok/ 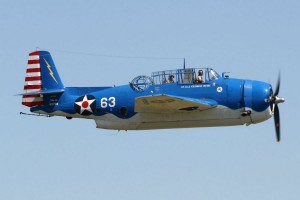 From Warbirds News: a gathering of Grumman Avenger will take place at Illinois Valley Regional Airport on April 16, organised by Brad Deckert and his company TBM Avenger LLC. Nine aircraft have already been confirmed, and the organisers are hoping others will join. At least 31 Avengers are airworthy in the US as well as four in Canada. …

END_OF_DOCUMENT_TOKEN_TO_BE_REPLACED

Permanent link to this article: https://www.worldwarbirdnews.com/2016/02/10/exceptional-avenger-gathering-in-illinois-on-april-16/ 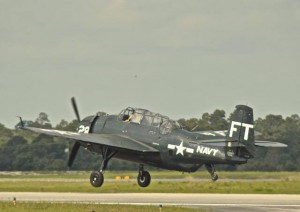 The Valiant Air Command’s TBM Avenger flew for the first time on April 25 after 14 years of restoration work. More information and a video of the first flight can be found on the VAC’s Facebook page.

Permanent link to this article: https://www.worldwarbirdnews.com/2015/04/29/valiant-air-command-tbm-avenger-flies-again/