Howard Pardue killed in the crash of his F8F Bearcat 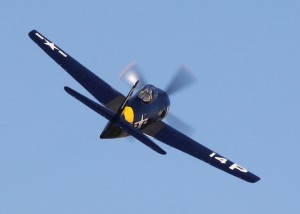 Howard Pardue, a valued member of the warbird community was killed in the crash of his Grumman F8F Bearcat on April 4, 2012, shortly after taking off from Breckenridge, Texas. The aircraft reportedly crashed at the end of the runway and burst in flames, leaving no chance of survival to the pilot.

Permanent link to this article: https://www.worldwarbirdnews.com/2012/04/07/howard-pardue-killed-in-the-crash-of-his-f8f-bearcat/