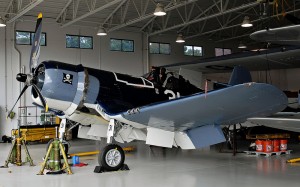 Stunning news: the aircraft composing the collections of the Military Aviation Museum, founded in Virginia Beach by Jerry Yagen in 2005, are for sale. Yagen explained that he could no longer afford to pay for the museum, which is not self-sustaining. Two aircraft, a B-17 Flying Fortress and a Focke-Wulf Fw 190, have been reported …

END_OF_DOCUMENT_TOKEN_TO_BE_REPLACED

Permanent link to this article: https://www.worldwarbirdnews.com/2013/06/27/military-aviation-museum-to-sell-its-aircraft/

The de Havilland Mosquito FB.26 KA114 under restoration by Avspecs Ltd made its first engine run today. The company, based in Auckland, New Zealand, is restoring the aircraft to airworthiness for its owner, Jerry Yagen. The restoration of the Mosquito being a lengthy process, the first flight of KA114 has been postponed several times but …

END_OF_DOCUMENT_TOKEN_TO_BE_REPLACED

Permanent link to this article: https://www.worldwarbirdnews.com/2012/09/19/first-engine-run-for-mosquito-ra114/

Fiat G.55 to be restored to airworthiness 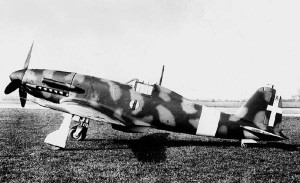 According to Aeroplane Monthly, the Fiat G.59B MM53778 is to be restored to its wartime configuration as a Fiat G.55 Centauro. The aircraft belongs to Jerry Yagen’s Military Aviation Museum. Although a German-built DB.605 engine is available, there are doubts that it can be rebuilt to airworthiness and the MAM is looking for an licence-built …

END_OF_DOCUMENT_TOKEN_TO_BE_REPLACED

Permanent link to this article: https://www.worldwarbirdnews.com/2012/08/01/fiat-g-55-to-be-restored-to-airworthiness/