The Vintage Aviator Ltd‘s Hanriot HD.1, formerly exposed at the RAF Museum in Hendon, recently made its first public appearance at Hood airfield in New-Zealand. The aircraft was built in 1917 and is powered by an original Le Rhône engine. Only four Hanriot HD.1 are preserved. Vidéo: Historical Aviation Film Unit

Permanent link to this article: https://www.worldwarbirdnews.com/2016/05/23/public-debut-for-tvals-hanriot-hd-1-in-new-zealand/ 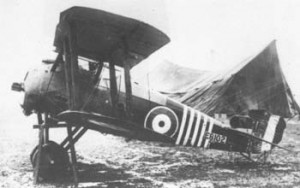 The RAF Museum in Hendon recently received a Sopwith Snipe built by the New-Zealand-based company The Vintage Aviator Ltd. The aircraft, which is painted in a postwar silver finish, incorporates many original parts. It is only intended for static display as it is not airworthy. Source: Aeroplane Monthly

Permanent link to this article: https://www.worldwarbirdnews.com/2012/08/27/raf-museum-hendon-receives-a-sopwith-snipe/