Tag: Vulcan to the Sky Trust 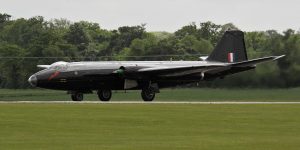 Extract from the Vulcan to the Sky Press Release – issued 19th May 2016: Record-breaking English Electric Canberra to be returned to flight   The team that returned Vulcan XH558 to flight is to return another iconic all-British jet to the airshow circuit   One of Britain’s most important jet-age aircraft is to be returned …

END_OF_DOCUMENT_TOKEN_TO_BE_REPLACED 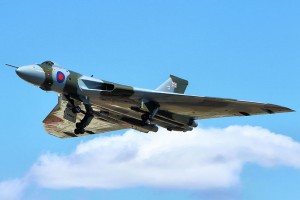 The Avro Vulcan XH558 made its final flight on 28 October at Robin Hood Airport in Doncaster, Sheffield. The bomber had been restored to airworthiness in October 2007 by the Vulcan to the Sky Trust and made numerous appearances at airshows. Unfortunately, the aircraft’s age and total flight hours are such that still flying it is becoming …

END_OF_DOCUMENT_TOKEN_TO_BE_REPLACED

Permanent link to this article: https://www.worldwarbirdnews.com/2015/11/01/avro-vulcan-xh558-final-flight/