Military Aviation Museum’s Bf 109G flies in the US 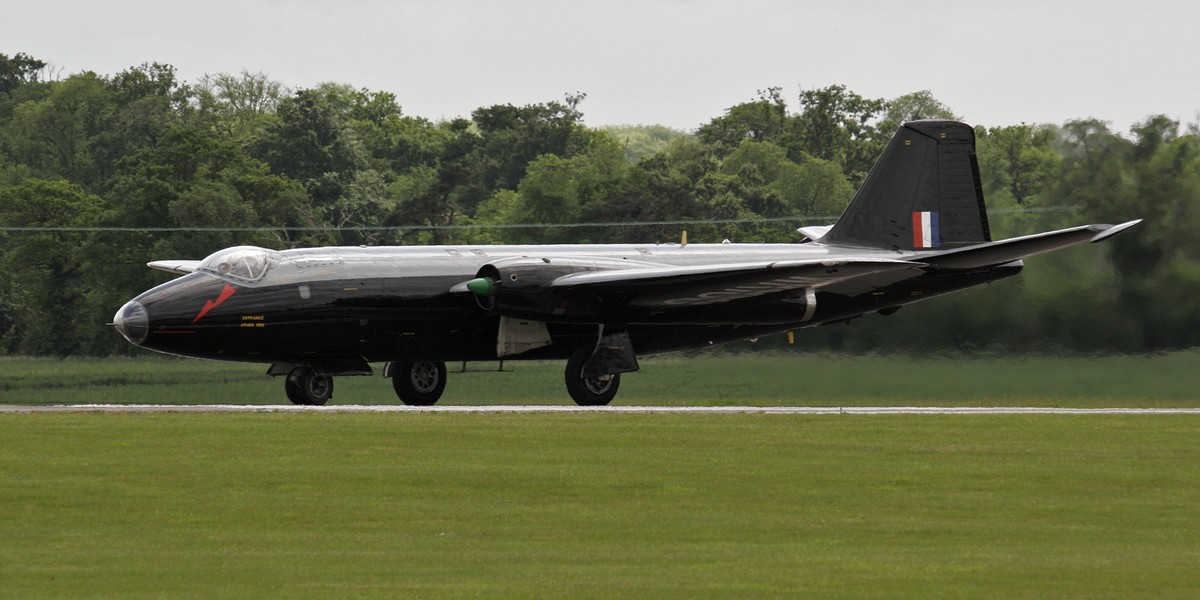 Extract from the Vulcan to the Sky Press Release – issued 19th May 2016:

Record-breaking English Electric Canberra to be returned to flight

One of Britain’s most important jet-age aircraft is to be returned to flight. English Electric Canberra WK163 spent most of her life playing a central role in the development of advanced propulsion technologies followed by a period with the Royal RADAR Establishment, at the heart of British scientific and engineering innovation. In 1957, she shot into the headlines around the world when a prototype Napier Double Scorpion rocket motor fired her to 70,310 ft and a new world altitude record.

“WK163 was a celebrity even amongst the research aircraft,” said one senior engineer who worked on world-leading secret research programmes at the Ministry of Aviation. “She flew to the edge of space. It was an astonishing achievement.”

Since her final flight in 2007, this famous aircraft, with ‘holder of the world altitude record’ proudly written on her nose, has faced an uncertain future. Now she is to be restored and returned to the airshow circuit with the aim of helping to celebrate the centenary of the RAF in 2018. The restoration will be undertaken by Vulcan to the Sky Trust, the award-winning charity responsible for the restoration and operation of Vulcan XH558.

“WK163 embodies so much that is remarkable about British courage and innovation in the Jet Age; qualities that she can continue to inspire in us all,” states Dr. Robert Pleming, who led the team that returned XH558 to flight and is now chief executive of Vulcan to the Sky Trust. “I am thrilled to announce that the Trust plans to restore and fly WK163 for the British public, as we did with Vulcan XH558, with an education programme around her to inspire new generations of engineers and aviators.”

Entering service in 1951, the Canberra was the RAF’s first jet bomber, the answer to a 1944 Air Ministry requirement for a high-speed, high-altitude aircraft to replace the de Havilland Mosquito. It was the first aircraft to be powered by the new Rolls-Royce Avon, the company’s first axial flow jet turbine, a configuration that greatly improved fuel efficiency and is still at the heart of jet engine design to this day. This pioneering engine allowed a Canberra to become the first jet to cross the Atlantic without refuelling (in 1951), and gave the de Havilland Comet sufficient range to inaugurate the world’s first no-stop transatlantic jet airliner service in 1958.

The all-British Canberra was so effective that they were operated by at least 17 nations including France, Germany, Australia and the USA. Demand outstripped production capacity at English Electric (later to make the astonishing Lightning, building on Canberra and Avon experience), so many Canberras were constructed by other companies under licence. WK163 was built in 1954 by Avro at Woodford, at the same facility that built Vulcan XH558.

The Americans admired the Canberra so much that they also built a significant number. They can fly so high for so long that NASA still uses three US-built Canberras for satellite development. Sadly, today, there are only five Canberras known to be flying in the world, including the three highly modified, US-built aircraft at NASA. Only two of these are English Electric Canberras and currently, none are flying in Europe.