Yak-3 damaged in ground collision at Warbirds over Wanaka airshow 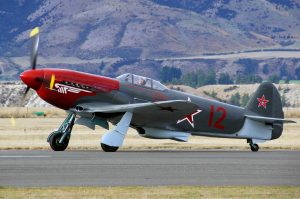 Not a great start to #WarbirdsoverWanaka Glad the pilot was okay! pic.twitter.com/p4mAvJVj9M — Matt Warner (@mattwarnernz) March 30, 2018 A Yak-3 was seriously damaged when it crashed into a vehicle that was on the grass runway during the Warbirds over Wanaka International Airshow. Fortunately, pilot Arthur Dovey was “shaken but not injured”. Half of the …

END_OF_DOCUMENT_TOKEN_TO_BE_REPLACED

Permanent link to this article: https://www.worldwarbirdnews.com/2018/03/31/yak-3-damaged-in-ground-collision-at-warbirds-over-wanaka-airshow/

After being grounded for 8 years, the Yak-3 of the Commemorative Air Force’s SoCal Wing flew again today. Find out more on the CAF SoCal Wing’s Facebook page or website.

Permanent link to this article: https://www.worldwarbirdnews.com/2017/03/09/caf-socal-wing-yak-3-flies-again/ 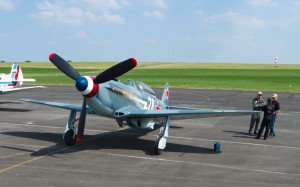 This afternoon, the Yakolev Yak-3 F-AZZV crashed in Dijon, France. The pilot and his passenger are reportedly unhurt. According to available information, the aircraft could not be stopped during its landing run. Available pictures show that the aircraft suffered extensive damage: the main landing gear and propeller were sheared from the aircraft, while the engine …

END_OF_DOCUMENT_TOKEN_TO_BE_REPLACED

Permanent link to this article: https://www.worldwarbirdnews.com/2013/09/13/yak-3-crashes-in-france-pilot-and-passenger-unhurt/