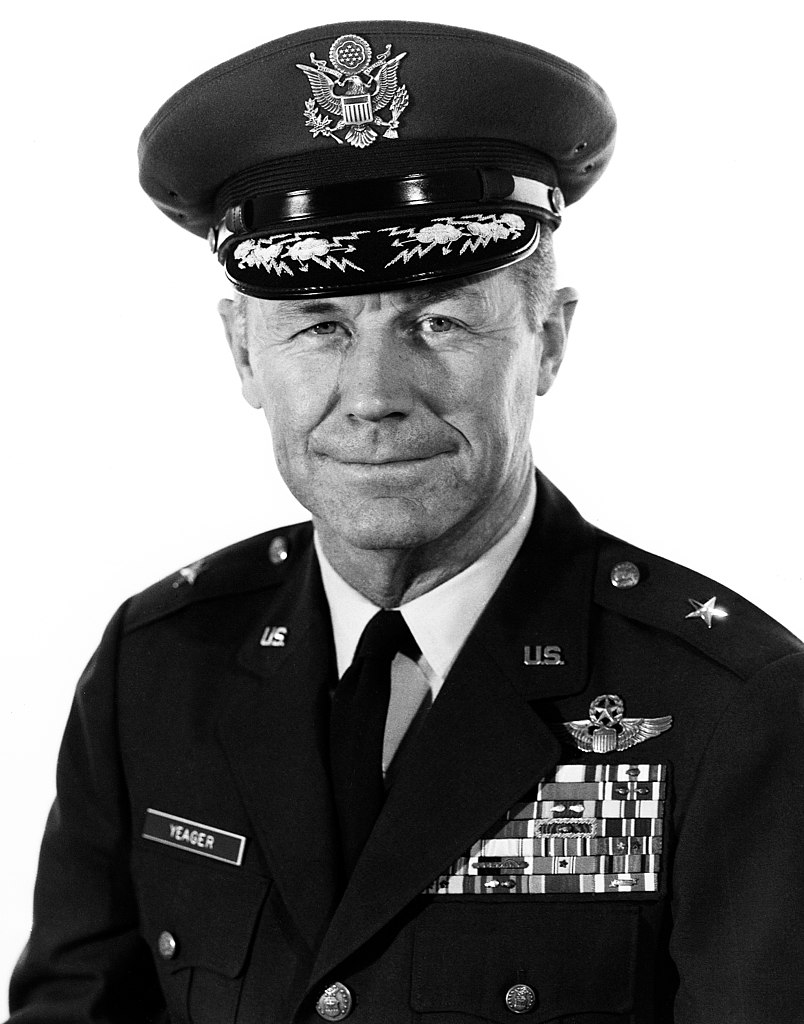 World-famous test pilot Charles “Chuck” Yeager died on Monday the 7th of December at a hospital in Los Angeles. He was 97 years old.

A World War II P-51 Mustang ace  and test pilot, Yeager made international headlines when he became the first man to break the sound barrier on 14 October 1947, flying a Bell X-1. He was one of the main characters of the 1979 book “The Right Stuff” by Tom Wolfe, and the 1983 movie adaptation of the book, which brought him international public recognition.

Our thoughts and prayers go to the family and friends of “Chuck” Yeager.

General Yeager was born in 1923, in Myra, W.Va., and is a graduate of Hamlin, W.Va., High School. He enlisted in the Army Air Corps in September 1941, was accepted for pilot training under the flying sergeant program in July 1942, and received his pilot wings and appointment as a flight officer in March 1943 at Luke Field, Ariz.

During World War II, General Yeager distinguished himself in aerial combat over France and Germany during the years 1943-1945 by shooting down 13 enemy aircraft, five on one mission, including one of Germany’s first jet fighters. On March 5, 1944, he was shot down over German-occupied France but escaped capture when elements of the French Maquis helped him to reach the safety of the Spanish border.

He returned to the United States in February 1945 to attend the instructor pilot course after which he served as an instructor pilot. In July 1945 he went to Wright Field, Ohio, where he received his first experimental flight test work. His assignment there led to his selection as pilot of the nation’s first research rocket aircraft, the Bell X-1, at Edwards Air Force Base, Calif., where he served from December 1949 to September 1954.

General Yeager made world history on Oct. 14, 1947, when he became the first man to fly faster than the speed of sound, During his nine-year assignment as the nation’s leading test pilot. He also became the first man to fly more than twice the speed of sound in level flight, flying the Bell X-lA on Dec. 12, 1953. During 1952 he attended the Air Command and Staff College.

He returned to Europe in October 1954 and became commander of the 417th Fighter Squadron at Hahn Air Base, Germany, in May 1955. He remained in that position when his squadron was reassigned to Toul-Rosieres Air Base, France, in April 1956.

General Yeager graduated from the Air War College, Maxwell Air Force Base, Ala., in June 1961 and became commandant of the Aerospace Research Pilot School, where all military astronauts are trained, in July 1962.

General Yeager assumed command of the 4th Tactical Fighter Wing at Seymour Johnson Air Force Base, N.C., in February 1968 and went with the wing to Korea during the Pueblo crisis. In July 1969 he became vice commander, Seventeenth Air Force, with headquarters at Ramstein Air Base, Germany. In January 1971 General Yeager assumed duties as United States defense representative to Pakistan. He reported to the Air Force Inspection and Safety Center at Norton Air Force Base, Calif., in March 1973 and became director of the center in June 1973.

Permanent link to this article: https://www.worldwarbirdnews.com/2020/12/08/brigadier-general-charles-e-chuck-yeager-%e2%80%a0/