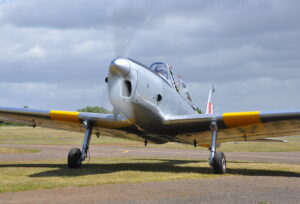 A DHC-1 Chipmunk crashed on September 17th near Paulinenaue in Germany. The pilot, aged 68, was killed in the crash and his passenger was gravely wounded. The aircraft, built in 1952 and registered D-ELLY, had taken off from Bienenfarm airfield moments before. The causes of the accident are unknown at this time. Our thoughts and …

END_OF_DOCUMENT_TOKEN_TO_BE_REPLACED

Permanent link to this article: https://www.worldwarbirdnews.com/2020/09/20/fatal-dhc-1-chipmunk-crash-in-germany/ 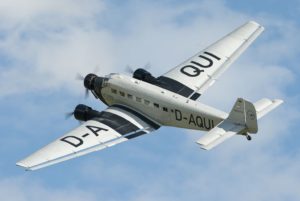 In an effort to reduce expenses, Lufthansa has announced that they are withdrawing their financial support to their foundation, the Deutsche Lufthansa Berlin-Stiftung. The foundation has been operating the Junkers Ju 52/3m D-CDLH among other aircraft since 1986 and offered paying recreational flights in Germany and Europe. The aircraft is the oldest airworthy Ju 52 in …

END_OF_DOCUMENT_TOKEN_TO_BE_REPLACED

Hangar 10 shared two photos on its Facebook page showing the first flight of Bf 109G-6 “Black 8”, a veteran of JG 27 powered by a DB 605 engine. The flight took place from Heringsdorf airport on the Usedom island in Germany, with Klaus Plasa at the controls. Sources: Hangar 10 Aerodynamic Media

Permanent link to this article: https://www.worldwarbirdnews.com/2018/04/28/messerschmitt-bf-109g-6-black-8-flies-again-in-germany/

A PT-13 Stearman (OE-AWW (formerly N75664), c/n 75-5386) crashed during an airsgow at Backnang-Heiningen airport, Germany on Saturday September 10. The pilot was slightly injured. The aircraft’s engine can be heard sputtering and then stopping seconds after take-off on this YouTube video.

Permanent link to this article: https://www.worldwarbirdnews.com/2011/09/13/stearman-crash-in-germany/